The Oil Rush to Hell 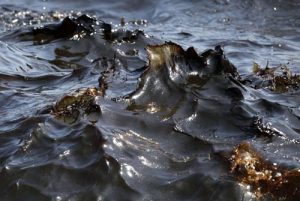 In the first days after the Deepwater Horizon oil rig exploded on April 20th, reports from the Coast Guard and BP indicated that no oil was leaking into the Gulf from the damaged well. Then, the oil giant reported that, actually, about 1,000 barrels a day were coming out of it. Almost immediately the federal government raised that figure to 5,000 barrels, which remained the generally accepted estimate until, under pressure, BP finally released a dramatic 30-second clip of the actual leak at the wellhead. By then, according to ABC News, both the company and the White House had had access to the video for three weeks and obviously knew that the gold-standard estimate was wrong by a country mile. Since then, estimates by scientists viewing the video clip (who have been prevented by BP from visiting the site itself, looking at more material, or taking more accurate measurements), run from 25,000 barrels to a staggering 70,000 barrels a day or more — up to, that is, 3.4 million gallons of oil daily, which would mean an Exxon Valdez-sized spill every few days.

The BP disaster in the Gulf may prove historic in the worst sense — especially since much of its damage still remains out of sight, hidden below the surface of the Gulf’s waters in what already are gigantic plumes of oil in the water column going down 4,000 feet that threaten to rob Gulf waters of oxygen and create vast dead zones in areas previously rich in sea life. Simply put, this is scary stuff, environmental damage on a scale we don’t normally contemplate. And it’s probably just a start, given that whatever news story comes next only seems to have more of the same — including the fact that the Obama administration’s Interior Department followed in the infamous footsteps of the Bush administration. In 2009, it “exempted BP’s calamitous Gulf of Mexico drilling operation from a detailed environmental impact analysis.”

Is this spill 12 times larger than estimated by BP or the Coast Guard? 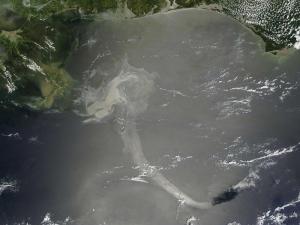 National Public Radio in the United States last night reported that the well is spewing up to 70,000 barrels of oil a day – the equivalent of an Exxon Valdez disaster every four days. Nearly 11 million barrels of oil were spilled in Alaska’s Prince William Sound in 1989 when the Exxon Valdez tanker ran aground, oiling beaches and poisoning marine life for generations. NPR said scientific analysis of newly released video footage from the ocean floor suggested the gusher was 12 times more powerful than estimates offered so far by the Coast Guard or BP.

Its analysis was conducted by Steve Werely, an associate professor at Purdue University, using a technique called particle image velocimetry, a method was accurate to 20%. That puts the range of the oil spill from 56,000 to 84,000 barrels a day.

Werely told The Guardian he based his estimate on techniques which track the speed of objects travelling in the flow stream.

“You can see in the video lots of swirls and vortices pumping out of the end of the pipe, and I used a computer code to track those swirls and come up with the speed at which the oils is shooting out of the pipe,” he said. “From there it is a very simple calculation to figure out what is the volume flow.”

He said he had use the method for 15 years, and elsewhere it had been in use for 25 years.

Scientists had spent the day scouring the video footage of the gushing pipe on the ocean floor to try to arrive at estimates.