“Valuable Consideration Mutually Given and Received” 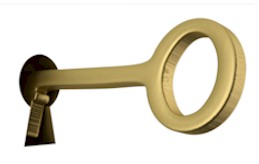 This item is written by a Northern Insight reader I’ve known for years. He’s done business regularly with the BC Government but in recent years, it’s been a problematic relationship because he has refused all exactions issued by the “Pay to Play” BC Liberals. For that refusal, his business was targeted for injury. It’s a business style we used to think was confined to third world nations. It is not so confined while Christy Clark, Rich Coleman and friends are in charge. It’s business as usual.

“For valuable consideration mutually given and received.”

This ubiquitous phrase in legal agreements has taken on new significance as documents related to the indemnification of Basi and Virk were released to the public by Jas Johal. Link

One has to ask what value the people of British Columbia received when BC Liberals relieved Basi and Virk of responsibility to repay taxpayers $6 million in legal fees owed as a result of their criminal activities.

What would have been the value of knowing the real reasons Liberals sold BC Rail to CN, a big financial contributor headed by a friend of Gordon Campbell, the Premier who promised voters he would not sell BC Rail.

What would have been the value of hearing testimony from elected officials and bureaucrats about the roles they played in the BC Rail matter, in court and under oath?

What would have been the value of learning how a plea bargain followed arrangement of generous terms for Basi and Virk, an inducement to plead guilty that shut down the judicial process that seemed certain to expose wrongdoing by BC Liberals?

We know the valuable consideration Basi and Virk gained was $6 million, no jail time and easy house arrest that barely confined them to home.

What mutual valuable consideration did the people of British Columbia gain?

The sad but obvious answer is none.

Categories: Basi/Virk, BC Liberals, BC Rail