Financial destruction of BC Hydro

Simple financial analysis demonstrates that management of BC Hydro during recent years was thoroughly incompetent. Largely, that is explained by policies and people imposed by BC Liberals on a utility that had served the public proficiently for more than four decades.

In the last few years, the BC Liberal Government engaged in equity stripping like one of the most dreadful private equity firms. Dividends were first taken from BC Hydro in fiscal year 1990 when the Social Credit Government of Bill Vander Zalm judged the utility had a distributable surplus and an acceptable debt/equity ratio. From BC Hydro’s 1989/90 Annual Report. 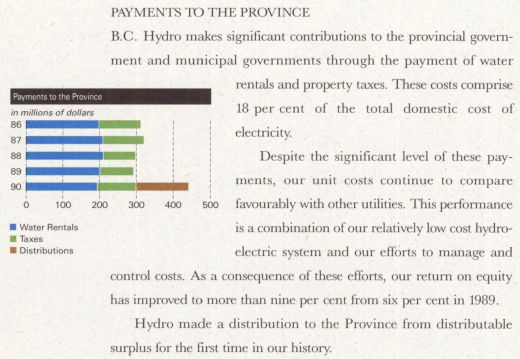 Throughout the nineties and for a few years after, BC Hydro was operating with steady revenue growth and authentic profits. Dividends did not cripple the utility but, after 2006, things changed. 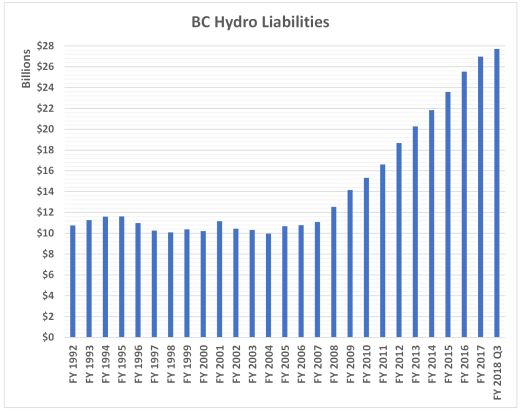 From FY 1992 to FY 2006, BC Hydro’s sales to residential and business consumers increased 28% and its liabilities decreased 1%.

From 2006 to 2017, sales to residential and business consumers in BC decreased 1% while BC Hydro’s liabilities increased 150%.

Financial distributions to the province were only part of the problem. Growing purchases from independent power producers were another element. Remember, demand by the company’s BC customers was flat from 2005 and export markets paid less than half of the unit cost of BC Hydro’s private power purchases. 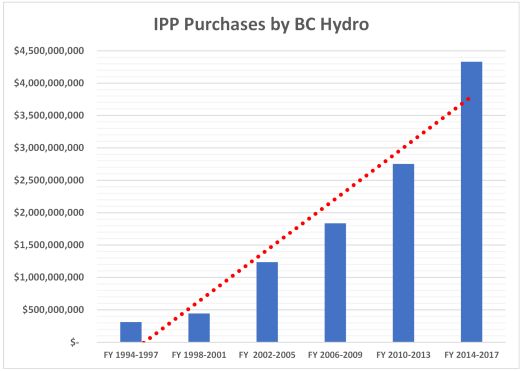 Nevertheless, private power purchases kept climbing. The commitment to IPPs was one of the dumbest business decision since 20th Century Fox allowed George Lucas to keep all marketing rights for Star Wars.

Liberals might have privatized BC Hydro but they’d suffered political fallout from interminable scandals surrounding Gordon Campbell’s movement of BC Rail into the friendly hands of a major financial backer. Instead, government kept BC Hydro in the public sector but privatized its profits and more.