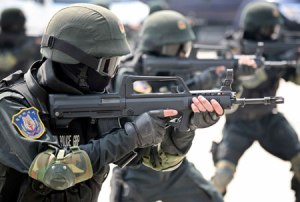 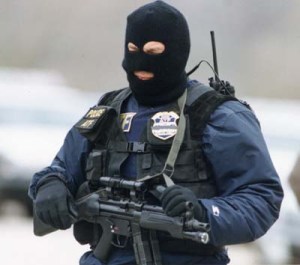 Dr. Mike Webster, interviewed by Global TV News, warns that all is not well in the Olympics militarization team with its $1 billion budget. He is worried because, he says:

RCMP operates in an ethics-free environment.

Oh Oh. Webster has a record for being correct when talking about this organization. And, his warning follows the disquieting TYEE series by Geoff Dembicki and Bob Mackin about a terrorist force willing to use explosives, gunfire, violence, pepper spray and false arrest to impose their version of an orderly society. Hell, they even shot a Labrador retriever that was running away from the truck they blew up with an IED.

The genuine Canadian police shown here learned a lesson:
Change your boots when you’re police working as a provocateur.