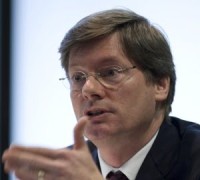 Justice Department lawyer Alain Prefontaine would not provide a date for the Military Police Complaints Commission as when it could expect the release of documents relating to the transfer of prisoners by Canadians to Afghan authorities.

Prefontaine told the commission that the “documents will be given to the counsel when they are good and ready.”

“It is reprehensible for anyone to make those kinds of arrogant and offensive remarks to a quasi-judicial body which is engaged in very important work,” Dosanjh told reporters in Ottawa.

“I think his apology doesn’t cut it, because this is in keeping with what he has been doing. He is essentially the lawyer for the government, obstructing and hindering the work of this commission every step of the way.”