From July 2010 – A cheapjack’s parachute is stained 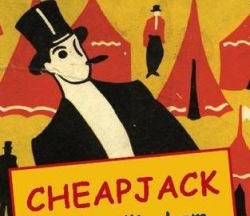 Tales from the True History of a Young Man’s Adventures as a Fortune-Teller, Grafter, Knocker-Worker, and Mounted Pitcher on the Market-Places and Fairgrounds of a Modern and Enterprisingly Romantic British Columbia:

Insurance Corporation of B.C. boss Paul Taylor resigned Friday in the wake of a police probe into the insurance company’s sale of rebuilt salvaged cars at its research facility.

Mr. Taylor, President and CEO of the Insurance Corporation of British Columbia (ICBC) will join NaiKun Wind Group as President and Director. Steven Eckert, a former consultant to BC Hydro…

NaiKun Wind will incur a one-time charge of approximately $665,000 arising from the buy-out of Mr. Taylor’s employment agreement.”

Defence lawyer Michael Bolton read out in court part of an e-mail about information exchanged between a member of Pilothouse Public Affairs and the then deputy minister of finance Paul Taylor while they were on a fishing trip.

Paul was making it clear he will be there for us,” writes lobbyist Brian Kieran to his colleagues, after describing how Mr. Taylor tried to get the lobby firm work with a car dealer association in August, 2003.

At that time, Mr. Kieran and his colleagues were also working for Colorado-based OmniTrax, one of three bidders for the Crown-owned BC Rail.

[Martyn] Brown testified Wednesday that [Jessica] McDonald got on this shady business as soon as it came to light seeking to ascertain, through an independent investigation with KPMG forensic, “how much if any of the email was correct?”

And then, according to Brown, McDonald asked KPMG to investigate and answer this question: “what was the nature of the relationship in this instance and was there anything that would be inappropriate for the deputy minister of finance”.

Except that’s not true. McDonald did no such thing. Here’s what McDonald asked KPMG to investigate after the issue was first raised by the Leader of the Opposition.

The terms of reference for this investigation focused on the following issues:

“Whether Taylor’s dealings with the British Columbia Automobile Dealers Association (BCADA) and its members were compliant with the standards of conduct in accordance with Taylor’s role as deputy minister; and,

“Whether Taylor attempted to influence the government on behalf of the BCADA or its members during his tenure as deputy minister in a manner that was inconsistent with his position.”

Except the real issue wasn’t about the Automobile Dealers. It was about Pilothouse and Taylor’s relationship and promises to them. After all Pilothouse was in the middle of the BC Rail process, lobbying for their client Omnitrax. But there was nothing in the investigation about Pilothouse. Nothing about offering lobbyists a benefit while they were engaged in the BC Rail bidding process – a bidding process Taylor was partly responsible for. Nothing about the real issues at play that day out on Kieran’s fish boat.

Question. Knowing dirt was about to hit the fan blades, did Naikun decide that it was more valuable to pay Paul Taylor $665,000 to leave than to stay? Influence peddlers are crippled when lights shine too bright.