Rewarding work, if you can get it and keep your day job – Rerun

I rerun this piece again because a month has passed and I’ve heard nothing from Elections BC nor has the NDP Official Opposition replied to my request for comment about Mr. James apparently illegal status. Perhaps, each of us will be allowed to choose which rules and laws (income tax anyone?) apply to us. It seems elements of the BC Elections Act do not apply to Craig James. 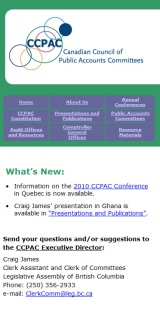 The chief electoral officer must not
(a) hold another office or engage in other employment,

Being as busy as he is, doing “very rewarding work” outside his role as Acting Chief Electoral Officer, Mr. James apparently has not had time to read the Act of the BC Legislature that defines his job.

H/T to G.West, a citizen who pays attention to details and Kim who initiated communication with John Horgan.