And justice for all

I argued here that BC Liberals provided Basi and Virk with a sweetheart deal in exchange for guilty pleas that allowed their trial to be ended. Here is more evidence – if we need any – that the Liberal Government’s deal with Basi and Virk was corrupt, aimed at stopping the trial from proceeding. 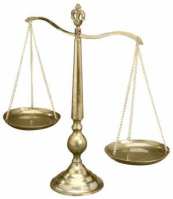 A Victoria woman who faked a series of life-threatening illnesses in order to pay for her gambling addiction has been sentenced to three years in jail. Tina Sammons, 37, pleaded guilty in November to four counts of fraud in which she swindled $350,000 from her husband’s parents, her brother-in-law, sister-in-law and her husband’s best friend . . .

She was arrested in November after her brother-in-law hired a private detective to investigate her, which led to the exposure of the 18-month spree.

We shall examine the differences.

In another case reported this week, telephone scammer John Raymond Bezeredi, 46, of West Vancouver was sentenced in a US court to nine years in prison for fraud. He was ordered to pay almost $5 million in restitution.

What was the sentence for Basi/Virk case that cost taxpayers well more than $10 million? Less than two years of modified house arrest that enables the convicted men to live almost normal lives with absences allowed for work, family, recreation and religion. Thanks Mike de Jong, as Attorney General, the chief law enforcement officer of the province.