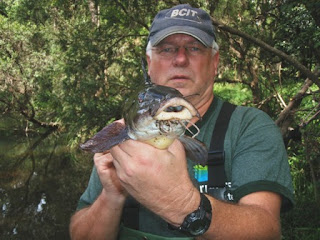 2003, Dr. Marvin Rosenau, senior fisheries biologist with the BC environment ministry, warned that a residential development proposed for Mission would destroy the only urban ecosystem of its type between California and British Columbia. The Silvermere Lake development was part of a Genstar proposal to build thousands of homes in a major watershed.

The BC Environment Ministry’s expert stated in his report,

“The scope of this project is considerably out of line with the environmental and ecological values associated with this particular landscape and the extensive amount of damage it will cause. This project constitutes one of the most environmentally damaging development projects that I have had occasion to review.”

Rosenau was pulled from the project after Genstar complained to Premier Gordon Campbell about his assessment. Two weeks after Rosenau submitted his initial report, he was asked to tone down the report and make revisions. Shortly after, Rosenau was reassigned to another branch in the ministry. The biologist was told that politicians in the Campbell government wanted him removed from the Genstar project. The scheme was moving ahead despite the absence of a favorable environmental assessment.

Developers know that good science always takes a backseat to political influence. Scientists who do not accept that reality are removed by their political masters and assigned to Coventry.