“was already ranked one of the worst in the world when it comes to bang for your buck. Are we simply throwing more good money after bad?”

A very bold statement, especially when accompanied by the proprietor of BC’s largest private surgery suggesting that healthcare costs are bankrupting Canadian society. Bold, but is it true? Not in the opinion of legitimate economists. This is from American Paul Krugman, the Nobel Prize winning economist writing in the New York Times:

Everybody knows that the US spends much more on health care than anyone else, without getting better results. Everyone also knows that health spending has outpaced GDP growth everywhere, thanks to medical progress. What I didn’t realize was just how clearly the evidence shows that the rising trend is steepest in the US. We have the biggest increase as well as the highest level. We’re #1!  (Source: U.S. Dep’t of Health & Human Services)

I sent an email to Global TV BC asking them what source they can cite for Chernecki’s statement. This is the text:

This is further to my earlier request that you provide the source of and justification for Ted Chernecki`s statement on March 1 News Hour and News Hour Final that the Canadian healthcare system “was already ranked`one of the worst in the world when it comes to bang for your buck.”

You have this obligation under the CBSC code:

“News shall not be selected for the purpose of furthering or hindering either side of any controversial public issue, nor shall it be formulated on the basis of the beliefs, opinions or desires of management, the editor or others engaged in its preparation or delivery. The fundamental purpose of news dissemination in a democracy is to enable people to know what is happening, and to understand events so that they may form their own conclusions.”

Further, you have an obligation to respond to this complaint of biased coverage. 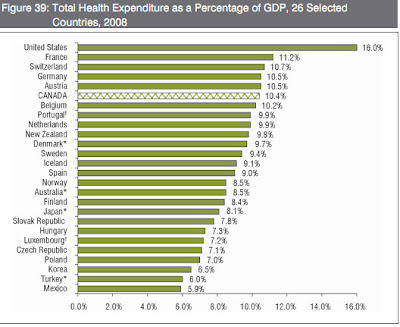