". . . the film in its entirety is positively gut-wrenching" 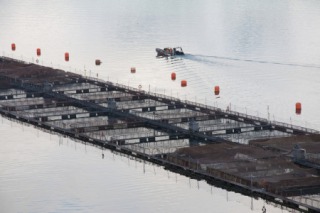 Salmon Farms: Feedlots of the Seas, by Barry Estabrook, The Atlantic Monthly

“I’ve visited salmon farms, read scientific articles, and interviewed the multi-billion-dollar industry’s advocates and detractors, but never have I encountered anything as graphic as the film Farmed Salmon Exposed by Canadian filmmaker Damien Gillis, which will be available online later this week as part of the Pure Salmon Campaign’s Global Week of Action. Be warned, there are some extremely disturbing images in the clip, and the film in its entirety is positively gut-wrenching.”

View the 23-minute video without charge by clicking below: