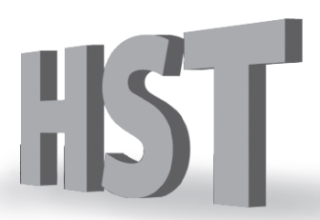 When the referendum delivered an unwanted result, BC’s provincial government reshaped, polished and coordinated messages to the public. One particularly troublesome claim, made by Finance Minister Colin Hansen during the July 2009 HST announcement, needed special attention. That was the assertion of HST being “essentially revenue neutral.”

The claim had never been true; it was known to be false by government experts when the Finance Minister spoke; it was outright fabrication. However, Hansen clearly made the claim, probably judging his statement a noble lie since Liberals were committed to the tax and this minimized its apparent effect. That seemed important at the time since Gordon Campbell was in control with no plans for departure. Consumers were being hit $2 billion a year to replace the payments business would no longer make, so it was unpleasant politically to admit total sales tax collections would rise beyond the amount of the shift as well. While Liberals could rely on a complacent media to downplay the issue, impolite online pundits and bloggers were not so reliable.

This was my commentary, published July 23 2009, the day of the first HST announcement:

The new tax rate is 12%, which appears logical when a 7% and a 5% tax are added together. And, Deceiver Campbell says the move is “revenue neutral.”

But wait, he also says, “Business will save $1.9 billion by this move.” In my world, when someone wins, others lose. The revenue neutral tax change that saves business hugely will cost consumers dearly, somewhere about $1.9 billion.

You ask, “How do they do this?” Business saves because PST now paid on equipment and consumed materials will become a tax credit and be refunded to that favored class, especially important to machinery intensive operations such as private power producers and railways. Consumers will pay more because the tax will apply more widely, including real property, services, meals, used clothing, etc., etc.

I did not pull the revenue neutral statement from thin air. Public Eye’s Sean Holman was live web-casting the Campbell/Hansen news conference. Holman quoted Colin Hansen’s statement of 10:23 am:

“It’s essentially revenue neutral” – except in the first year where there will be a “fairly small” decline in PST revenue.”

On July 23 in 2009, two deceitful Liberals told citizens the tax would not raise new funds. Since the statement was obviously false, Liberals soon began its slow retraction. The Budget Update of September that year said government adjustments would,

“mitigate for consumers the impact of moving to the new tax and initially make the HST approximately fiscally neutral to government.”

A year later, the Fraser Institute, a citizen’s most reliable source of misinformation, was echoing the fabrication, stating in a publication ironically called HST Myths/Facts:

The right wing dogmatists agreed that more sales tax would be collected but said other tax reductions would balance the income gain. However, justifying that conclusion required contortions. For example, they claimed that rebating tax amounts that had never been charged before amounted to new tax reductions. They also included the 2010 increase in basic personal amount (tax threshold) as a benefit of HST although provincial practice for years has been to raise this amount annually. The 2011 increase, by the way, is less than half the usual annual increment so the take-back has begun.

However, by September 9, 2011, Finance Minister Kevin Falcon was saying the concept of “revenue neutral’ was “sort of an urban legend.” He claims that HST was so robust and efficient in generating new economic activity in the province that, from day 1, revenues grew. This is, by the government’s own evidence, another falsehood.

Colin Hansen had stated in May 2010 the “recession was over” and HST only took effect in July 2010. The second quarterly report issued November 2010 included statements that conflict with Falcon’s present claims. This is one,

In reality, after HST took effect, British Columbia’s economic activity did not accelerate, it slowed. However current BC treasury head Kevin Falcon doesn’t want to look in the rear view mirror or bother with old news, except perhaps for the NDP record in the nineties. He says the prime message of the HST referendum was a tax weary public saying to government, “Forget it, learn to deal with less.”

Perhaps I missed the point, but as I recall, that was not the main issue motivating citizens to create, against massed elites and an antagonistic media, the biggest government repudiation in BC history. Falcon is ignoring the real public debate, inventing a new version and continuing the BC Liberal style of poorly disguised deceit. The party of big business aims to continue underwriting good times for the favoured few with bad times for the rest.