Stop hangin’ those picket signs on our trees!

“The upscale tourist railway that sells rides through what it calls unspoiled scenery is pledging to compensate the City of Vancouver after trees outside its False Creek Flats station were illegally cut.

“Rocky Mountaineer spokesman Ian Robertson denied the chopped limbs had any connection with the ongoing lockout of the company’s on-board attendants, who are part of the Teamsters union. The seven trees on Cottrell Street outside the Rocky Mountaineer Station were frequently used by the Local 31 members to hang their picket signs…

“The city’s Protection of Trees Bylaw carries fines of $500 to $10,000 per offence for unlawful damage or removal of a tree. Locked out workers noticed the trees had been denuded when they arrived at the Station for their March 5 protest rally…”

Here’s how this particular tree looked in a Google street view image taken April 2010. It had grown a fair bit in two years: 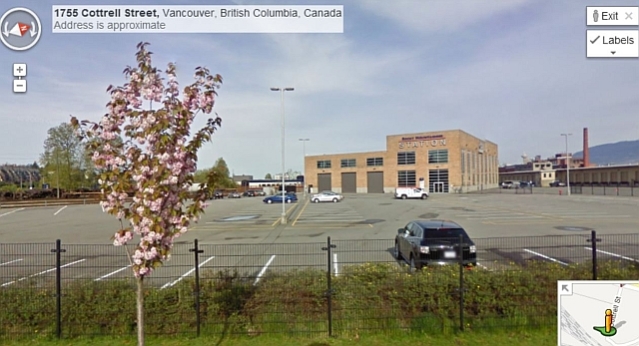 Cottrell Street outside Rocky Mountaineer’s shop looked like this in April 2010: 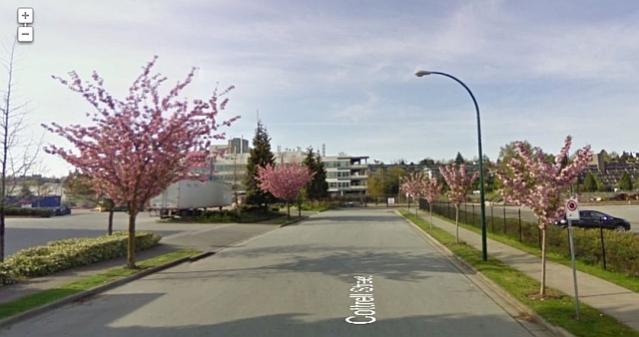