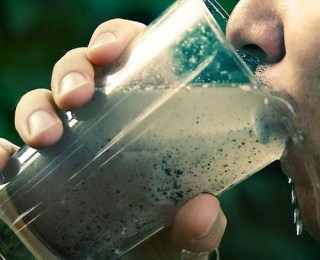 “…Fracking, a process that allows companies to pump out hard-to-reach deposits of oil and gas by fracturing the rocks around them, has been banned in several areas of the world, including France, Quebec, New South Wales and South Africa’s Karoo region.

“…The Wilderness Committee has been vocal in raising those ‘questions and concerns’ about fracking in B.C.

“Donaldson points to the immense amount of freshwater used in fracking as the main reason for her concern.

“‘The end result is thousands of cubic metres of radioactive water,’ she says, adding that, given the global uncertainty surrounding potable water, funnelling freshwater resources into fracking is ‘a little outrageous.’

“Some of the chemicals, she explains used as friction reducers and scrubs are “known carcinogens” that could leach into groundwater and damage people’s health. John Horgan, the NDP energy critic and MLA for Juan De Fuca, echoes Donaldson’s concerns.

“‘Disclosure does not address other legitimate issues of concern, in particular the volume of water used for fracking and the disposal of the toxic waste water produced,’ wrote Horgan via email.

“One of the most contentious sources of freshwater for fracking is the Williston Lake Reservoir, which Horgan says should not be compromised. Calgary-based Talisman Energy was recently given a 20-year licence to pump out 10 000 cubic metres of water a day from the reservoir — without any public consultation, Donaldson points out…”

“Though the fluids were natural and not the byproduct of drilling or hydraulic fracturing, the finding further stokes the red-hot controversy over fracking in the Marcellus Shale, suggesting that drilling waste and chemicals could migrate in ways previously thought to be impossible.

“The study, conducted by scientists at Duke University and California State Polytechnic University at Pomona and released today in the Proceedings of the National Academy of Sciences, tested drinking water wells and aquifers across Northeastern Pennsylvania. Researchers found that, in some cases, the water had mixed with brine that closely matched brine thought to be from the Marcellus Shale or areas close to it.

“No drilling chemicals were detected in the water, and there was no correlation between where the natural brine was detected and where drilling takes place.

“Still, the brine’s presence – and the finding that it moved over thousands of vertical feet — contradicts the oft-repeated notion that deeply buried rock layers will always seal in material injected underground through drilling, mining, or underground disposal…”