Patients exposed to harm on a staggering scale

By Norm Farrell on April 25, 2013 • ( 7 Comments )
This item first published here in September is worth republishing as the BC Liberal Gov’t takes more action against Therapeutics Initiative, a science based reviewer that troubles major pharmaceutical companies and their client politicians. 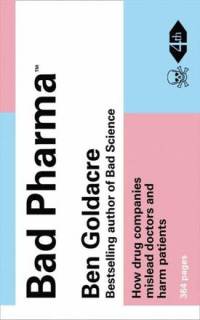 “…In 2010, researchers from Harvard and Toronto found all the trials looking at five major classes of drug – antidepressants, ulcer drugs and so on – then measured two key features: were they positive, and were they funded by industry? They found more than 500 trials in total: 85% of the industry-funded studies were positive, but only 50% of the government-funded trials were. In 2007, researchers looked at every published trial that set out to explore the benefits of a statin. …They found that industry-funded trials were 20 times more likely to give results favouring the test drug.

“…The results from every randomised controlled trial (45 out of 45) favoured the drug of the sponsor.”

“How does this happen? How do industry-sponsored trials almost always manage to get a positive result? Sometimes trials are flawed by design. …Sometimes, drug companies conduct lots of trials, and when they see that the results are unflattering, they simply fail to publish them.

“Because researchers are free to bury any result they please, patients are exposed to harm on a staggering scale throughout the whole of medicine. Doctors can have no idea about the true effects of the treatments they give…

“And this data is withheld from everyone in medicine, from top to bottom.

“…it is entirely normal for researchers and academics conducting industry-funded trials to sign contracts subjecting them to gagging clauses that forbid them to publish, discuss or analyse data from their trials without the permission of the funder.

“…How is it possible that our systems for getting data from companies are so poor, they can simply withhold vitally important information showing that a drug is not only ineffective, but actively dangerous? … “

• This is part of an edited extract from Bad Pharma, by Ben Goldacre, published next week by Fourth Estate. To order a copy go to guardian.co.uk/bookshop.

Ben Goldacre‘s Guardian article reminded me of The Gazetteer’s reports on BC’s capitulation to international pharmaceutical giants. RossK quoted from a Times Colonist editorial that has since disappeared from view:

“The last act in a nasty vendetta has finally played out. Premier Gordon Campbell’s government has decided to kill B.C.’s only independent drug review agency. And not just kill it, but bury it in an unmarked grave.

“The agency involved is called the Therapeutics Initiative. Based at the University of British Columbia, it evaluates new drugs that come on the market.

“The Therapeutics Initiative saves taxpayers $50 million annually by finding cheaper alternatives. Largely thanks to its efforts, B.C. has the lowest drug costs in the country, despite offering some of the best coverage.

“Moreover, the Therapeutics Initiative runs on a shoestring budget. The agency gets $1 million a year. That means it generates a 50 to one return on investment.

“Finally, its researchers have been credited with saving 500 lives by issuing timely warnings about suspect medications. When the new anti-inflammatory product Vioxx came out, the agency discovered a link with increased heart attack rates. As a result, although Vioxx was approved across most of North America, it was kept off the shelves in B.C. … “

Read more about Therapeutics Initiative at The Gazetteer. 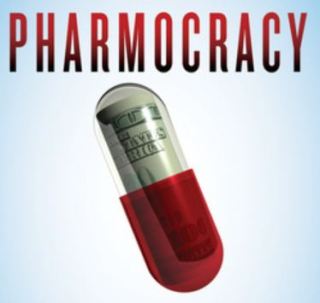 Tagged as: Gazetteer, The, Guardian Newspaper