They assume we’re feckless idiots and they might be right. 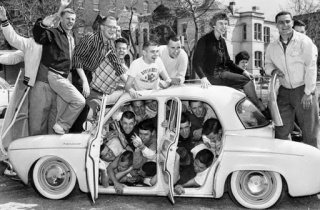 Before the May 2013 election, BC Liberals promised the entire provincial debt, budgeted this year at $62.5 billion, could be eliminated within 15 years with government proceeds of natural gas production.

In fact, the time frame is likely a bit longer. Actually, more than 500 times longer.

The most recent financial reports show natural gas royalties contributed $169 million to BC government revenues in the fiscal year ended March 31, 2013. However, drilling credits owed producers grew by $161 million in the same period.

Failure to record credits was one of the issues that prevented Auditor General John Doyle from giving an unqualified opinion respecting fairness of the province’s financial statements for 2012:

The unrecorded royalty credits owed to natural gas producers rose from $752 million to $913 million in fiscal 2013. Had the increased liability been recorded, net revenue from natural gas royalties for the year would have been a paltry $8 million.

At that rate, the BC government would pay off the provincial debt in a little over 7,812 years, as long as they don’t do any new borrowing. But then, didn’t Premier Photo Op just announce a new bridge over the Fraser farmlands? 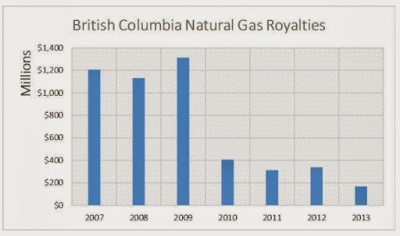 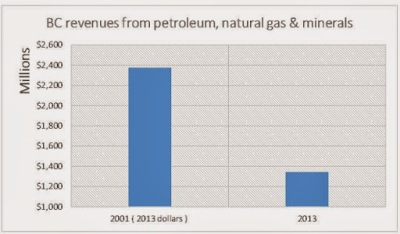 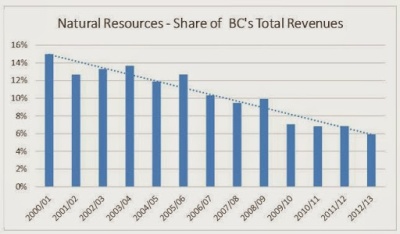