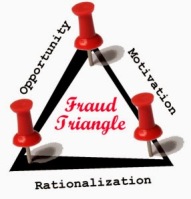 When conducting hearings on Northern Gateway, the National Energy Board Joint Review Panel denied participation to many and held sessions behind closed doors to limit opposition voices. Its decision favoured multinational industry over affected Canadian citizens and ran contrary to the bulk of testimony heard, including expert claims that “world-leading” standards will not protect our coast from heavy oil spills.

The Northern Gateway review was revealed as a sham and that revelation made authorities uncomfortable. The BC government has had its own experience with bogus assessments – Narrows Inlet comes to mind – so it developed a changed strategy.

The Ministry of Environment has claimed this as its purpose:

Responsible for ensuring sustainable development of the province’s land, water, and resources while protecting environmental values.

Ignoring its stated role, to ensure development at one large and controversial project indicates the fix is in. The decision is already made. Environment Minister Mary Polak simply removed her department from further review. Fortuitously, she had booked time with Vaughn Palmer’s Voice of BC and the two of them will be able to explain government actions before controversy mounts.

Environmentalists and the BC NDP are questioning the motives behind a government bill signed Monday night that looks set to clear the way for the controversial Jumbo Glacier Resort — and others like it — to avoid any further costly, environmental reviews.

Who knows what pressures caused this quick turnaround. The initial decision was so fundamentally flawed that even the people behind it had to realize its stupidity. RossK asked what was going to be next, would surgeons be allowed to operate without review of qualifications? Would lawyers be allowed to practice without passing the bar?

The following was published at In-Sights August 22, 2012 and, with current developments, it’s worth re-posting. 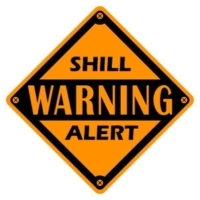 Bob Mackin has an interesting piece in The Tyee about a newspaper tycoon and BC Liberal abettor. David Black’s bluster was about about oil refining but the part of Mackin’s story that caught my eye involved one-time Province newspaper publisher Paddy Sherman.

In 1958, Sherman was both a news reporter and an avid mountain man. Apparently, vocation served avocation when he wrote a front page promotion for an unlikely BC ski resort. There was no financing and little substance to the extravagant plan but that didn’t bother The Province. Sherman wanted the facility to proceed so they gave it maximum splash.

Some months ago, I tracked the life story of Jumbo Glacier Ski Resort. The proposal has reappeared occasionally since it was first reported in a July 1991 edition of the Vancouver Sun:

In 1993, The Province was calling Jumbo Glacier Resort a certainty involving European and Asian investors. Two years later, newspapers said the project was proceeding with support from a consortium of Canadian, U.S. and European investors. In 2012, the Times Colonist repeated promises the ski hill would soon be operational.

NW’s Bill Good and others try to paint Jumbo as a victim of regulatory foot dragging but actually Jumbo has been an unfinanced scheme with proponents hoping that media play would attract investors. Shills in the corporate “news” operations are willing partners.

By the way, don’t plan your ski vacation at Jumbo just yet.

Media may have people like Bob Mackin aiming to report accurately and sincerely but it has many more who earn a living by shilling for special financial interests. Sometimes, the promoted is a ski hill, fish farming or “ethical oil.” Other times, it is a pipeline operator, car dealer or land developer.

The shill factor in media, especially in new media, is illustrated by a report in ZDNet.

A Federal judge overseeing the Oracle vs. Google patent lawsuit said that search giant has failed to comply with a request to document all payments to bloggers and writers covering the trial.

The August 7 order was not limited to authors “paid . . . to report or comment” or to “quid pro quo” situations. Rather, the order was designed to bring to light authors whose statements about the issues in the case might have been influenced by the receipt of money from Google or Oracle. For example, Oracle has disclosed that it retained a blogger as a consultant. Even though the payment was for consulting work, the payment might have influenced the blogger’s reports on issues in the civil action…