By Norm Farrell on May 6, 2014 • ( 28 Comments )
BC Stats updated data on raw log exports and the volume shipped out of province in March 2014 was up 24% from the preceding month. In the fiscal year ended March 31, producers exported 2.8 times the wood volume exported five years ago. 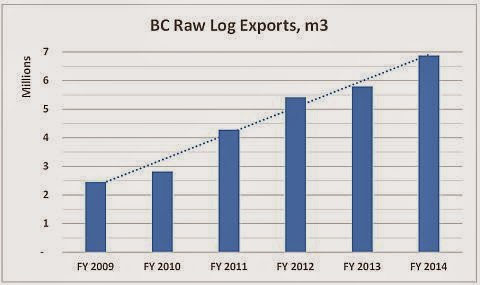 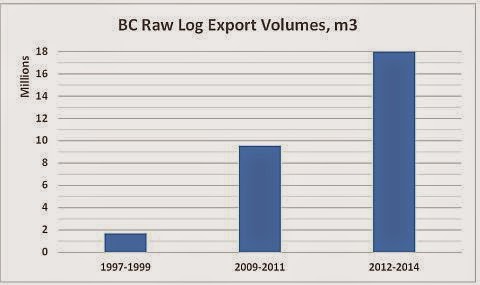 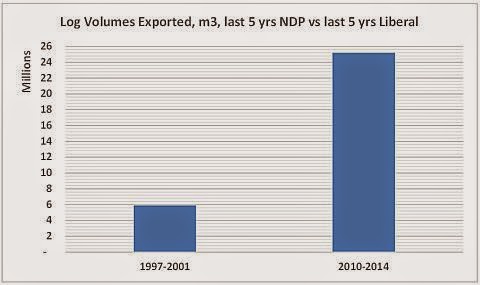 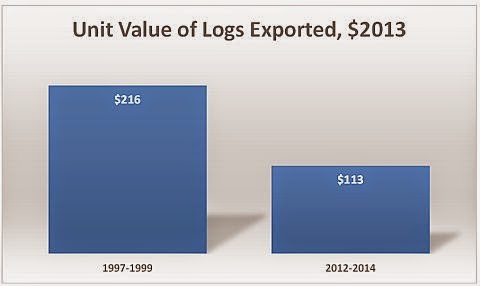 Yes, things were different in the nineties. In three years ended 1998, log exports totaled little more than $200 million but in 2011-2013, the value was nearly $1 billion. However, growth has not come without consequences.

“While one Canfor mill shuts down, another opens up, in China.”

“The constant flow of B.C. logs to overseas sawmills is hurting local custom cutters and lumber remanufacturers who rely on the fibre. They are finding it hard to source what keeps them in business…”

“…West Fraser announced that it will close its mill in Houston, B.C., by mid-2014, while Canfor plans to shut down its mill in Quesnel, B.C., next March…”

“Although all these activities resulted in more logs flowing toward their highest value use, we found that the specialty mills lacked a secure and adequate timber supply…” 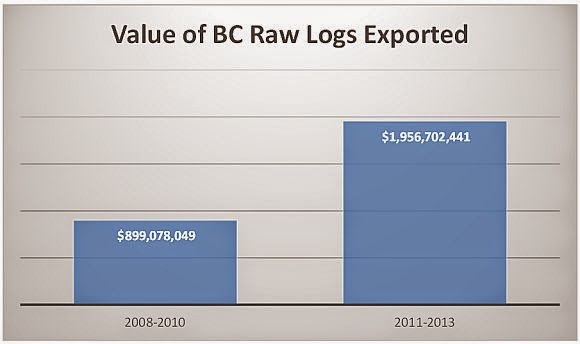 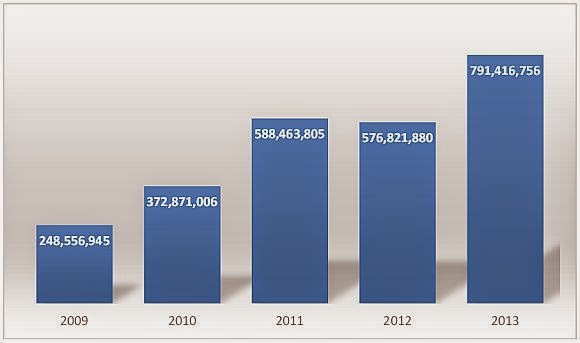 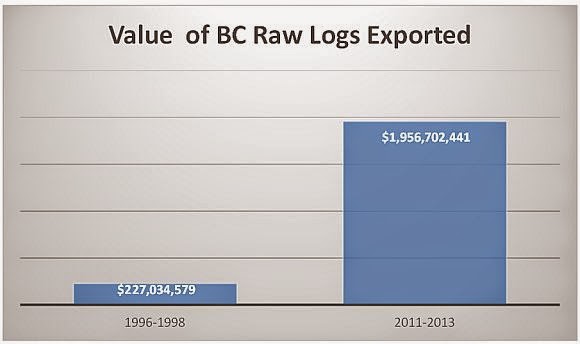