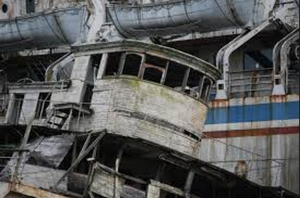 A report released today shows that B.C. Liberal hikes to ferry fares are causing economic damage across the province, say the New Democrats.

“This new report does the work the government should have done years ago. It connects the dots between fare hikes, falling ridership numbers, and the loss of economic activity and tax dollars,” said New Democrat ferries spokesperson Claire Trevena.

“The conclusion that it reaches is that the B.C. Liberal policy for ferries is a complete and utter failure. And that means a failure for the whole of the province, not just coastal communities and those dependent on ferries.”

The report, Boatswains to the Bollards: A Socioeconomic Impact Analysis of BC Ferries, was commissioned by the Union of B.C. Municipalities and the Association of Vancouver Island and Coastal Communities. The report found that due to skyrocketing fares between 2003 and 2013, B.C. Ferries lost out on a 19 per cent growth in passenger volume, which would have added $2.3 billion to the provincial GDP, and $609 million to federal, provincial and local government tax revenues.

“The report shows that these policies have been hurting the province for years, and as time goes on, it will be increasingly challenging to get our ferry service back on track. Transportation Minister Todd Stone needs to have a serious look at these findings before he continues to defend his reckless cuts to services and hikes to rates,” said Trevena.

“Thousands of British Columbians have told this government that ferry services have become increasingly unaffordable and unsustainable. Now, after this report, I hope they will finally listen. It’s time to move away from policies that are devastating communities and costing our province money, and towards an approach that finally recognizes our ferry routes as integral parts of our highway system.”