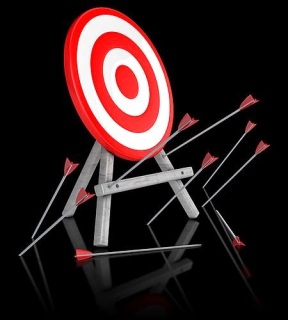 Elections Alberta, despite some political and legal controversies, did important work in investigating and documenting the web of illegal kickbacks from schools, municipalities, and other provincial institutions that the Progressive Conservatives had come to take for granted in hinterland Alberta.

Political financing disclosures added to this picture, showing that the PCs have consistently relied on donations from corporate clients of government—contractors, builders, professional associations—that would make heads rotate and/or explode almost anywhere else in the continent…

…Not only did senior Alberta civil servants (working for a grateful Redford) violate rules about sole sourcing, but a $240,000 Navigator contract was almost totally undocumented, and other contracts were much more expensive than usual…

…the Tories were beginning to be perceived not only as bunglers, but crooked bunglers…

Colby Cosh is sympathetic to the most conservative of Conservatives – he’s been used as an “educator” by the Fraser Institute – and his analysis here focuses on ethical failings of Alberta’s politicians rather than policy misdirection. He largely ignores the cozy relationship between Conservatives and rich resource industry magnates. Directly and with agents, they have pumped huge sums into Conservative party coffers and hundreds of billions into their own.

Cosh disparaged royalty reform, not because government efforts were feeble but because they lacked “buy-in from the industry.” It’s fairly predictable analysis of a libertarian who values market fundamentalism, privatism and minimal government: “Our fleet was headed in the right direction but needed a better Admiral.”

Friends and contacts tell me that Albertans were enraged by almost 60 new taxes affecting individuals without even token increases to corporate taxation. They are unhappy too with an oil industry that wants to dictate rules of production and pay little or nothing for the public resource it exports. People examine Norway with its regular budget surpluses, free education and childcare, low unemployment and a per capita GDP among the highest in the world. In addition, Norway has well more than a trillion dollars invested through its oil wealth fund, savings intended to ease transition to a post-fossil-fuel economy.

Regardless of the inadequacy of Cosh’s diagnosis, the Alberta situation provides warnings to BC Liberals and hope to ethicists that social media and more effective political opposition will bring change to British Columbia in 2017. Given the hundreds of millions spent by the Liberal government on partisan communications and the tens of billions in subsidies given or planned for exploiters of BC’s natural resources, it hard to believe that an untendered $240,000 PR contract factored into the Prentice government’s downfall. That’s a drop in the ocean compared to the way public business is conducted in British Columbia.

When the soon to be unemployed bunglers of Alberta take up jobs in the BC Government, they will be thrilled to learn that politicians here don’t have to rely on crude kickbacks from scattered public institutions. No, here, contractors and government beneficiaries can write 7-figure cheques to politicians and score near-instant profits from public business. And, best of all, there are few people watching. Almost without exception, the corporate media is blind and declawed, happy to exist on lucrative government and corporate advertising.

The people who matter are comfortable and intend to stay that way. If the price is millions spent to fund propaganda machines, it is what it is. Evidence shows that paying money for the benefit of government politicians provides significant return on equity and profitability.

I included a short reference above to Colby Cosh’s relationship with the Fraser Institute. It is taken from Donald Gutstein’s book Not a Conspiracy Theory: How Business Propaganda Hijacks Democracy. A more extensive excerpt can be found HERE but I recommend the entire book.

The student seminar has become the Fraser’s initial recruitment tool. The net is cast wide for promising candidates, with up to a dozen day-long seminars held each year in cities across Canada on the full range of libertarian topics: how the market protects the environment; how smaller government leads to greater prosperity; and why we need to privatize health care to save it. A big draw is that the seminars, including coffee and lunch, are free and held in prominent downtown hotels. Seminars are free because they are sponsored by corporate and foundation backers: Lotte and John Hecht Memorial Foundation (B.C. seminars), W. Garfield Weston Foundation (Toronto), EnCana Corp. (Calgary and Edmonton), CanWest Global (Winnipeg). Individuals and companies can sponsor specific components: one student costs $120, lunch is $1,875, coffee break, $500, speakers’ travel and accommodation, $4,000. An entire seminar costs a tax-deductible $17,000.

The seminars mix lectures and small-group discussions, presented from a narrow ideological perspective. Discussion groups are led by staffers from the Fraser or its sister libertarian think-tanks like the Montreal Economic Institute. Lecturers are senior fellows at the institutes or executives from the National Citizens Coalition or the Canadian Taxpayers Federation. Featured guest speakers run the gamut from Tony Clement, then minister of health in the Mike Harris government, to National Post columnist Colby Cosh, to Brian Day, president of the private Cambie Surgery Clinic in Vancouver. In short, the range of expertise presented at the seminars runs from right to far right.

Students… whose views are approved by the institute, in contrast, are identified for further orientation…