In Thursday’s CFAX session, I talked with Ian Jessop about British Columbia’s pension fund management agency. bcIMC has had attention here before and the graphs below represent information from the recently released 2015 Annual Report. I will have additional commentary later but these graphs demonstrate that it remains business as usual at bcIMC.

As mentioned in the audio, the Washington State Investment Board, which also manages over $100 billion, again outperformed bcIMC. However, they achieve results with a much less costly — and decidedly less pretentious — operation. 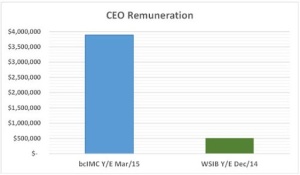 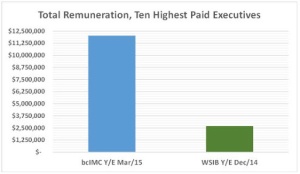 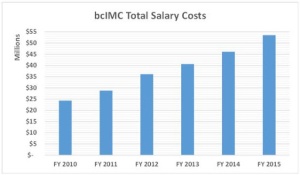 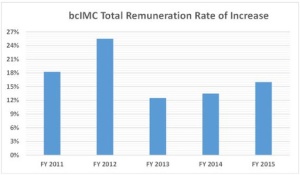 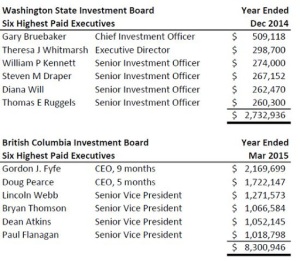 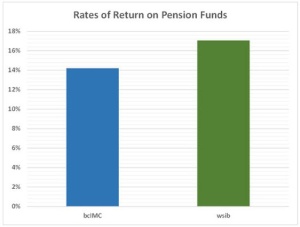 Since much is invested outside Canada, a significant part of the bcIMC return in fiscal year 2015 was from the decreased value of the Canadian dollar. For example, Bank of Canada reports these conversion rates for the U.S. dollar:

In the fiscal year ended March 2015, bcIMC hired a new CEO. The new guy instantly became British Columbia’s highest paid public servant but Doug Pearce, the outgoing CEO, stayed on the payroll for five months, which was enough time for him to score $1.72 million.

Check out earlier articles about bcIMC.