By Norm Farrell on January 2, 2016 • ( 15 Comments )
Even slightly aware BC citizens know that Premier Clark and her accomplices are incompetent. Liberal managers include not a single person capable of completing a basic course in strategic decision making. The result is a litany of failed designs, missed opportunities, blown budgets and unmet goals. Excepting deadly choices at the Children and Family Development ministry, the main Liberal blunders involve energy. Because of Campbell-Clark-Coleman-Bennett decisions, public wealth will drain from the province for decades. 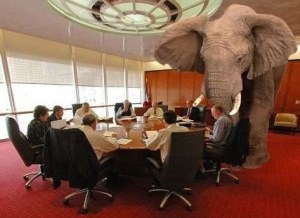 Yet, the full consequences of bad choices and improprieties are not yet revealed. Some – like major awards to an insolvent Site C contractor – will be resolved by applying yet more public money. Others, like diverting waterways and poisoning groundwaters or dedicating vast tracts of unceded land to transmission corridors will not be resolved with bags of cash.

The rush to advance Site C dam construction and various energy projects despite opposition from affected indigenous peoples is partly justified by the sunk-cost fallacy, which the government’s media lackeys have been repeating for months. It requires:

The provincial government and its agencies have been proceeding as if the directions of Canada’s highest court are unclear or have no meaning in British Columbia. Rich Coleman has explained his attitude to experts and court orders, “I’m not going to buy any of this.”

It is doubtful that Coleman and his political colleagues have examined details of the final decision of Tsilhqot’in Nation v. British Columbia since it runs to almost 20,000 words. However, the outcome of Roger William’s 24-year quest for indigenous rights may end up being more than groundbreaking. It may also be government-breaking. Here are a few of the words:

[67] As we have seen, Delgamuukw establishes that Aboriginal title “encompasses the right to exclusive use and occupation of the land held pursuant to that title for a variety of purposes” (para. 117), including non-traditional purposes, provided these uses can be reconciled with the communal and ongoing nature of the group’s attachment to the land. Subject to this inherent limit, the title-holding group has the right to choose the uses to which the land is put and to enjoy its economic fruits (para. 166).

[92] Once title is established, it may be necessary for the Crown to reassess prior conduct in light of the new reality in order to faithfully discharge its fiduciary duty to the title-holding group going forward. For example, if the Crown begins a project without consent prior to Aboriginal title being established, it may be required to cancel the project upon establishment of the title if continuation of the project would be unjustifiably infringing. Similarly, if legislation was validly enacted before title was established, such legislation may be rendered inapplicable going forward to the extent that it unjustifiably infringes Aboriginal title.

[97] I add this. Governments and individuals proposing to use or exploit land, whether before or after a declaration of Aboriginal title, can avoid a charge of infringement or failure to adequately consult by obtaining the consent of the interested Aboriginal group.