After Canada’s federal government asked its energy regulator to examine broader environmental effects of the Energy East pipeline project by TransCanada Corp, including upstream and downstream emissions, the proponent, a company with substantial American ownership, abandoned the project. 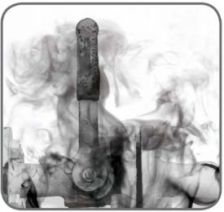 According to Alberta politicians and their fossil fuel puppeteers, investigating all impacts of oil and gas development and placing conditions on multinational energy companies constitutes an “attack on Alberta.” They prefer that dangerous pollution be ignored. If forced to do something about it, they want taxpayers to pay the costs.

For example, at the beginning of 2018, Alberta is still fumbling to impose ways of measuring and moderating fugitive emissions from oil and gas production. BC is in the same situation. Both governments face opposition from producers that want to continue gentle self-regulation.

Natural gas is predominately composed of methane. When methane is burned to produce electricity or heat, it releases carbon dioxide and water vapor.

But not all natural gas produced is burned. Some of it is leaked at gas wells, in compressor stations, from pipelines, or in storage. Methane is a powerful but short-lived greenhouse gas. While it is in the atmosphere, it is around 120 times more powerful than carbon dioxide per ton…

The review principles applied for Energy East were not used in evaluating the western project of Kinder Morgan’s Trans Mountain pipeline. While Justin Trudeau’s government is willing to trample on the interests of 4.6 million people in BC, it was frightened of approving a project that might see them lose political support among the 22 million residents of Ontario and Quebec.

Because Trans Mountain’s tarsands product is exported by ship from Burrard Inlet, the Alberta-British Columbia pipeline causes pollution that most people forget. Increasing dilbit tanker movements from 60 a year to 400 will cause vastly more impacts. American and Finnish scientists, in a peer-reviewed paper published by Nature, discussed public health and climate impacts of fuels burned in global shipping:

Ship power systems emit a wide variety of pollutants that have important health and climate change impacts. Fine particulate matter, sulphur oxides (SOx), and nitrogen oxides (NOx) that emerge from ship smokestacks lead to premature mortality and morbidity effects that are well documented. In particular, SOx emissions from sulphate (SO4) aerosols that increase human health risks and contribute to acidification in terrestrial and aquatic environments…

According to Nabu, a German environmental group, most ships run on the dirtiest fuels available. They calculated that one cruise ship — despite the industry’s claims that vessels are clean and green — produces as many emissions as a million cars.

British Columbians have been told that natural gas, extracted, liquefied, transported, regassified and burned in Asia, is clean energy. So too with dilbit from the Alberta tar sands. Supporters of expanded exports allow us to measure greenhouse gases produced in end consumption but prefer we ignore all other emissions that result.