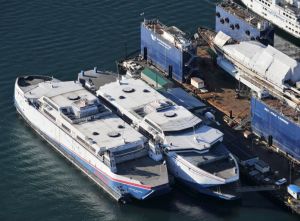 For years, BC Liberals and media pals gleefully used talking points about fast ferries as evidence that NDP politicians were not to be trusted on matters economic. Liberal operatives even arranged for two PacifiCat ships to go on show in Vancouver’s harbour, providing a daily reminder to many citizens.

Undoubtedly, Liberals believed failure of the BC-built aluminum ferries suited their own political interests. As a result, a relatively low-cost method proposed by Kvaerner Masa Marine for making them suitable for west coast operations was deemed a non-starter by government. After a lengthy display period on the North Vancouver waterfront, Washington Marine — large Liberal supporters — bought the ferries for millions of dollars less than scrap value.

Considering the near endless ink and airtime dedicated to what Liberals called “Glen Clark’s folly,” people should compare the attention paid to a Campbell/Clark program that may have cost the province 15 or 20 times as much.

Of course, I refer to arrangements that favoured independent power producers (IPPs) — many of whom were Liberal friends and insiders — with prices far above market values.

As I’ve written at In-Sights before, Liberals believed there were huge profits to be made by exporting electricity generated in BC. However, they wanted those profits to be earned by the private sector, not by BC Hydro. By coincidence, independent power producers were major Liberal contributors.

In November 2009, BC Liberals remained anxious to reward private power producers. This is demonstrated by a transcript of Gordon Campbell’s speech to an IPP conference:

And I can tell you you’re very, very well-represented by two I think not just strong advocates but really public-spirited and public-minded people, and I want to say a special thank you to Harvey Campbell, my cousin Harvey, and Don McInnes, both of whom have never lost track of the fact that what we’re talking about today is how we accomplish broad public objectives…

I know that you’ve had the opportunity to hear from both Ministers Pennerand Lekstrom today, so I’m going to try and just move us a little bit forward and think about where we want to go and what we’d like to be able to accomplish…

Demonstrating the welfare of IPPs was a priority, Campbell went on to say:

It should be a core objective of ours to be a smart-thinking, smart-delivering, dependable, reliable electricity source for the continent, not just for British Columbia. We can help Alberta meet their challenges. We can help Saskatchewan. We can help Washington, Oregon and California. We can help Wyoming and Wichita, Kansas if we want. But we have to set those goals for ourselves and then we have to execute those goals in a way that makes sense.

Campbell and his IPP friends had already decided they wanted BC Hydro to absorb business risks imposed by free markets. The public utility was buying all IPP output but it was not paying wholesale prices paid other producers in BC’s traditional electricity trading zone. BC’s private power prices were established through friendly discussions with IPPs and set at levels that guaranteed significant profits to a fortunate few.

This was required because demand in North America had been flat then for four years and the costs of alternative power sources like wind and solar were dropping rapidly. Smart IPP people anticipated a changing marketplace so they wanted long-term contracts from BC Hydro with inflation escalators. 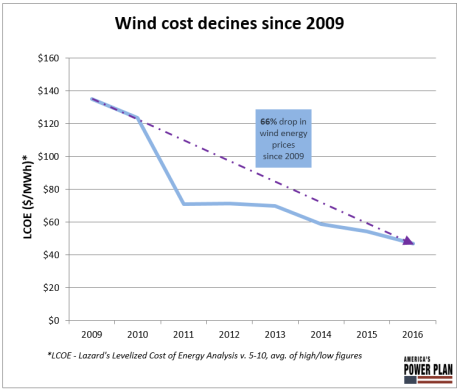 Source for the two charts above. 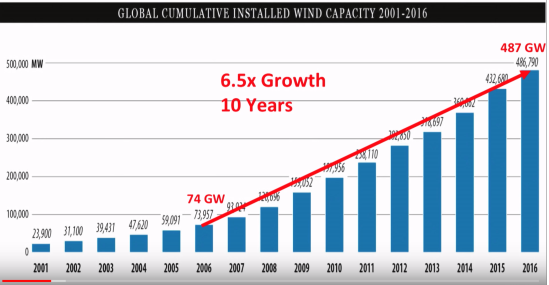 So that most BC citizens would remain unaware of the scam, Liberals ensured that all IPP deals were secret, unavailable even through freedom of information requests. Total quantities of power purchased and the amounts paid were only available through periodic BC Hydro reports. However, the apparent unit prices paid IPPs are distorted because long-standing agreements with comparatively low prices, such as the one for Kemano power, are lumped together with recent high unit price contracts.

Governments led by Gordon Campbell and Christy Clark allowed over 100 secret IPP agreements that resulted in BC Hydro paying out about $11 billion since 2004. Much of the electricity acquired was resold into western markets for a fraction of cost.

Political leaderes responsible for this massive private power blunder can only be described as thoroughly incompetent, wholly corrupt or both.

Again, this is a situation where corporate media public has failed the public. The only reporting that I could find reflected positively on BC’s private power sector. Some repeated IPP and government assertions without examination. None compared prices paid with market values.

This demonstrates that corporate media puts private and political interests above the public interest. Numerous members of the BC Press Gallery are among the worst culprits.