A BC family’s 15-year struggle for justice

Canadians who live their lives lawfully and honourably should not have to spend years fighting governments that accept their tax payments but refuse to offer services available to everyone else.

More than twenty years ago, Jeffrey Moore, a North Vancouver student in grade two, was diagnosed with severe dyslexia, one of the reading disorders affecting 10 percent of children. He was referred to the School District’s diagnostic centre but soon after, the facility was closed.

School officials said Jeffrey should move to a private school at the family’s expense because they would not provide the remediation help he needed. The Moore family moved their son but in May 1997, Rick Moore raised a complaint with BC’s Human Rights Tribunal, arguing son Jeffrey had been denied education “customarily available to the public.”

The Tribunal concluded in 2005 that failure to meet the boy’s educational needs constituted prima facie discrimination. It recognized budget problems but found cuts were “disproportionably made to special needs programs” and the District had made no assessment of reasonably available alternatives.

The School District and the provincial education ministry petitioned for a court review. In 2008, the province’s Supreme Court quashed the decision and, two years later, the BC Court of Appeal upheld the ruling.

The Moores continued their legal fight and in 2012, the Supreme Court of Canada found in their favour, unanimously deciding the Human Rights Tribunal’s decision was restored. The Moore family’s 15-year long fight ended in victory. Jeffrey, now an adult, successfully completed his education and qualified as a journeyman in the building trades.

The high court decision reminded BC school officials of an important principle stated in the BC School Act preamble:

The purpose of the School Act in British Columbia is to ensure that “all learners . . . develop their individual potential and . . . acquire the knowledge, skills and attitudes needed to contribute to a healthy, democratic and pluralistic society and a prosperous and sustainable economy”.
This is an acknowledgment by the government that the reason children are entitled to an education is that a healthy democracy and economy require their educated contribution. Adequate special education, therefore, is not a dispensable luxury. For those with severe learning disabilities, it is the ramp that provides access to the statutory commitment to education made to all children in British Columbia.

…the District undertook no assessment, financial or otherwise, of what alternatives were or could be reasonably available to accommodate special needs students if the Diagnostic Centre were closed.
The failure to consider financial alternatives completely undermined the District’s argument that it was justified in providing no meaningful access to an education for J because it had no choice. In order to decide that it had no other choice, it had at least to consider what those other choices were.

Although the Supreme Court of Canada decided this landmark case in a definitive way, children with learning disabilities are still not adequately served.

Moore feels that the Ministry of Education is failing to take leadership on and acknowledge responsibility for students with special needs.
He said the system is currently reactive, waiting for children to show harm before providing any additional services.
Instead, he wants kids entering the public school system to be automatically tested so any special needs can be identified early and supported.
Moore said that some students wait up to two years to get diagnostic tests, which are needed to access services.

It seems that limiting psycho-educational investigations of individual needs has been a way the education system rationed access to special needs programs. (No assessment, no designation, no special services offered.)

A North Vancouver parent told me in the last year that her young son had a learning disability and problematic behaviour because of extreme frustration. His school’s resources were so strained that a formal evaluation was impossible without substantial delay.

Despite the Moore case, the parents were forced to move their son to a private school offering specialized instruction and supervision. The family is struggling, financially crippled by the $2,400 monthly tuition. But, they know it’s a necessity for their boy to have a chance at future success.

This is not good enough.

It is easier to build strong children than to repair broken men. 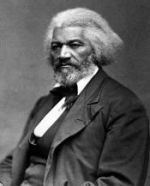 Or, as the Fram Filter service man said:

You get two choices when you buy a car.
You can look after it right…
Or, you can neglect it.
…But the choice is yours.
You can pay me now.
Or pay me later.