No one said this is about truth and justice 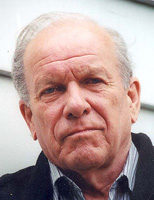 Regular readers here likely visit BC Mary’s The Legislature Raids, the one site that provides or links to most every worthwhile thing written about the corrupt sale of BC Rail.  Robin Mathews, retired SFU professor has followed the Basi/Virk/Basi trial and much of his reporting is available at TLR.

Jill Leacock, listed in the B.C. Government Directory as a Law officer, is apparently unhappy about some things written about the Supreme Court trial by Mathews. The good Professor had questioned broad application of a ban that says “no information regarding any portion of the trial at which the jury is not present shall be published. . . ”  Ms. Leacock felt a duty to warn Mathews that a person who spreads information wrongly “is in breach of the ban, and guilty of an offence punishable on summary conviction. (her emphasis)

This effort of publication chill provoked a healthy discussion in comments at The Legislature Raids Ms. Jill Leacock, Law Officer, reproves Robin Mathews. It occurred to me that BC government employees involved in the administration of justice have many issues that cause anxiety but least among those should be political discomfort caused by online journalists. I find it strange that Ms. Leacock is preoccupied with a rule challenge that has NOT occurred but apparently oblivious to another court rule broken every day with impunity. Weapons, cameras and recording devices are prohibited but many spectators carry smart phones, every one capable of being a camera and a recording device. Accordingly, I left the following comment at TLR:

This is excellent. It demonstrates, in public, the principles that matter to administrators of justice in BC. This will be evidence of official preoccupations for historians who will write about this situation for posterity.


But, report ANYTHING that happened in the courtroom in the absence of the jury and you are a criminal. Even if you report that people were illegally carrying and using smartphones that are also cameras and recording devices, you are a criminal.

Other readers added their own contributions to the list:

Judges can impose sanctions on people who are disrespectful of the courts. Some even believe that tradition puts them beyond criticism but, in reality, the courts can only function effectively if they earn and deserve the respect of citizens.  That means they cannot sit in ivory towers forever disconnected from the citizens for whom a judicial system exists. They cannot enforce laws against some or act for the convenience of the powerful. Well, they can but they will be held in contempt of public