Socialism for big investors, capitalism for everyone else 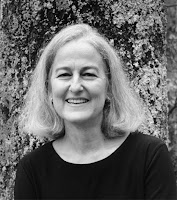 The New York Times, March 18, 2011
Early warnings about potential nuclear dangers in Japan and about Wall Street’s propensity for risk-taking without liability were both dismissed as paranoid anticipation of low-probability events. With both disasters, regulatory failures set the stage, and taxpayers will end up paying most of the social costs.

Effective risk management is central to economic efficiency. Yet major players in both crises have insisted that they should not be held accountable for risks they underestimated.

. . . Many economists, including my fellow Economix blogger Simon Johnson, argue that deregulation weakened the very foundations of our financial system.

. . . In my view, many social engineers, including economists, deserve the larger blame. The widespread view that capitalism is an automatically self-regulating system has weakened the checks and balances — the feedback mechanisms and control rods — that are crucial to the long-run viability of our operating system.

The threat of social meltdown arises not from excessive growth of the state and its regulatory role but from its capture by groups able to translate market power into political power: socialism for big investors, capitalism for everyone else.

. . .  Effective regulation requires effective containment of disproportionately powerful economic interests that can potentially contaminate both public policy and public debate. Considerable evidence suggests that this containment has been breached.