"Even if it means compromising democratic ideology" 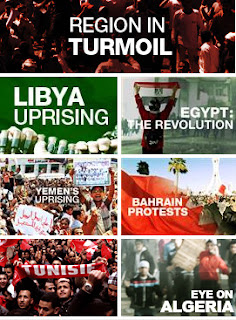 “Only a few weeks ago, instability in the House of Saud seemed inconceivable. But the generational divide that is driving regional protests is perhaps greatest in Saudi Arabia. Nearly half of its people are 18 years old or younger, and 40 per cent of Saudis ages 20 to 24 are unemployed.

“At the other end of the divide, the country’s top three rulers are ages 76 to 83. Saudi activists want jobs, democracy and greater rights for women . . .”

“even if it means compromising democratic ideology with the reality of preventing global economic meltdown.”