"Are we missing something?"

I’ve discussed stenographic journalists who publish statements without appraisal, fact checking or balance, even when controversial or questionable allegations are repeated. The usual justification is that somebody said something and reporters merely repeated the words. Of course, the choice of those words is not random or accidental, the words are selected for a purpose. In good journalism, that purpose is to inform about all sides of an issue. In bad journalism, the purpose is to influence for an undisclosed beneficiary. 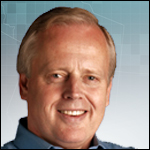 “ranked one of the worst in the world when it comes to bang for your buck.”

There was no context, no attribution and no balance to the statement. When challenged about his source, Chernecki said,

The report was circulated and promoted by the Frontier Centre for Public Policy, a Winnipeg based neoliberal “think tank” funded by private foundations and corporations. It is typical of “research” operations funded by business through astroturf organizations. Spartikus has noted,

“. . . as the Fraser Institute’s credibility crumbles with the public, look for “replacements” to step in. The FCPP is one of those.”

I quoted a requirement of the Canadian Association of Broadcasters to Global’s Chernecki,

“News shall not be selected for the purpose of furthering or hindering either side of any controversial public issue, nor shall it be formulated on the basis of the beliefs, opinions or desires of management, the editor or others engaged in its preparation or delivery. The fundamental purpose of news dissemination in a democracy is to enable people to know what is happening, and to understand events so that they may form their own conclusions.”

After delay and some prodding, Chernecki returned,

“There is no way any journalist can scrutinize all sources. We do however seek out others who are more informed on detailed specifics such as those presented in this report. What you appear to be suggesting is that we commission our own study to assess veracity. Not going to happen.

“In this case, the findings of this study were raised with Colin Hansen. He gave me no indication that his Ministry found the conclusion of this study to be suspect.

“In past experiences, when we report findings of a particular study (and there are THOUSANDS we deal with) – generally if someone more intimate with subject than us has an issue – they raise those concerns and we take them into consideration.

“In this case if the Health Minister expressed no concern about the report. You may not like/agree with the results and that is your prerogative.

Not satisfied, I addressed additional comments to Chernecki and then heard from Global News Director Ian Haysom,

“We’re obviously confused by your requests. I’m away this week but happy to chat upon my return to see exactly what you’re seeking. Ted has sent you the basis for his statement. Does that explain things? Or are we missing something?“

My response to Haysom,

“Journalists have an obligation to report issues accurately and free of bias. This statement is surprising: “There is no way any journalist can scrutinize all sources.”

“That suggests you take no responsibility for accuracy and bias for a report you use as a primary source, without even identifying the party that provided the material and the fact they hold highly controversial positions about public healthcare.

“I believe it is inappropriate for media to treat think-tanks as independent, scientifically qualified and scholarly when they are primarily agents for their sponsors. You are obliged to scrutinize these sources even more closely because their financial sponsorships are not transparent.

“The issue that I intend to continue raising relates to the statement that you cannot scrutinize all sources to ensure your report remains accurate and free of bias.”

Apparently my words remain misunderstood or confused. Ian Haysom and Ted Chernecki have broken off communications.