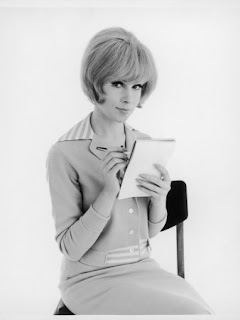 The Globe and Mail, courtesy of Justine Hunter and Ian Bailey, provides a fawning profile of Christy Clark, complete with this unchallenged quote,

“There is a lot of appetite … for a little bit of honesty and straight talk about where we are at, and I think that’s what people expect of me.”

Stenographic journalism at its best.

“After studying French at the Sorbonne, religion at the University of Edinburgh and political science at Simon Fraser University”

Where is the but. . . ? If she visited Cambridge MA and looked at the architecture, would you say she “studied at Harvard?”

Firing Colin Hansen took courage? Would that be the same Colin Hansen who claimed not to know that his officials were negotiating HST, a tax he and his boss counted on for over $20 billion in their four year term? No, Hansen buried himself and his career by being “economical with the truth.” It took no courage to discharge the person who, more than any others, was the face of the Gordon Campbell regime, which fell as low as 8% in the approval ratings before caucus gave him the boot.

Appointing Kevin Falcon to the Finance Ministry made happy  Christy’s top advisor and financial backer Gwyn Morgan, of Encana fame. That ensures giveaways to the super rich continue, like the water being licensed for fracking by gas producers or the roads built at public expense to service the gas fields.

Appetite for honesty? How about answering the Tsakumis documents that prove Clark and her coterie were very much a part of the corrupt sale of BC Rail? Then commission a real inquiry into the whole sordid scandal and cover-up.

And Ms. Hunter and Bailey could find no alternative views of Christy Campbell? Gwynn Morgan, the father of her child and Ian Koenigsfest, the pro-BC Liberal CKNW manager whose employer depends on the provincial government for millions in advertising, are good objective choices?

The Globe and Mail has been consciously pulling punches on its coverage of BC Liberals. They should declare the value of free advertising given the BC Liberals on their news pages, as should the Postmedia papers. This is more illustration of how Canadian democracy is tainted by wealth and media control.