“On 4 May a rally drew approximately two thousand students, many merely curious onlookers. National Guard officers ordered the protesters to disburse, shooting tear gas into the crowd. Next more than one hundred armed guardsmen advanced on the students. The troops moved toward the protesters, up a hill, and then down to a practice football field. Reaching a fence at the far end, some knelt and aimed their weapons. Students retreated into a parking lot between several buildings, but some lobbed rocks and tear gas canisters back at the guardsmen.

“After ten minutes the troops moved back up the hill. When they reached the crest, a group of twenty-eight guardsmen turned quickly and shot in the direction of the parking lot and the main group of protesters. They fired sixty-one rounds of ammunition. Of the thirteen people killed or injured, only two were actively participating in the confrontation. One student was killed while walking to class, and another ironically was an ROTC student. Others were more than one hundred yards away.

“As news spread Kent State and nearly five hundred other colleges were closed. Ten days later another shooting occurred, this time at Jackson State University in Mississippi. Police and state patrolmen fired into a dormitory at the all-black school, killing two students and wounding nine others. The lack of attention given to the deaths at Jackson State embittered many in the African American community.” 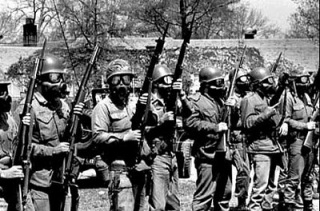 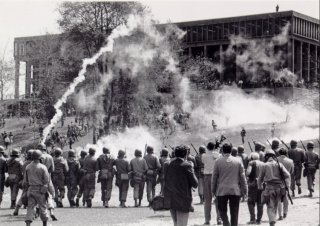 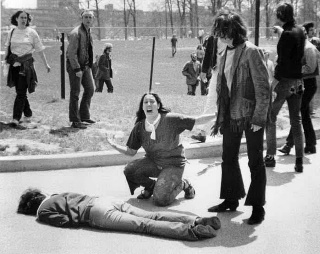 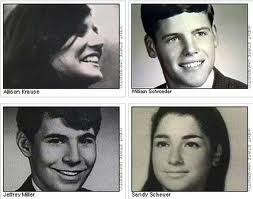