Breaking news from the DFO 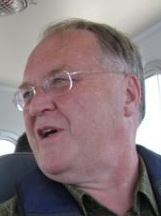 “After Canada’s reputation has needlessly been put at risk over the past several weeks because of speculation and unfounded science, additional in-depth, conclusive tests, using proper and internationally recognized procedures, are now underway to confirm our previous decision that there has never been a confirmed case of ISA in BC salmon, wild or farmed.

“Because DFO and independent Canadian and European scientists have only produced unacceptable findings while testing for the infectious salmon anemia virus, Fisheries and Oceans Canada commissioned an Asian team of experts to provide the needed results. Unfortunately, due to a serious medical setback, the new scientific team has delayed submission of its final report. Their dear leader died from physical and mental overwork as he was travelling to offer field guidance to his workers.

“Nevertheless, despite being incomparably anguished, scientists working on our project swiftly hailed their new leader as a respectable comrade, a great successor and an eminent authority able to ensure the important work will be completed as desired by this Ministry.”