The REPLAY below from September 2010 seems particularly relevant after Jonathan Fowlie exposed the story of HST pamphlets going from printer to shredder by the truckload. The original waste is bad. Worse is demonstration that unprincipled politicians will throw good money after bad if there is a chance to hide embarrassing mistakes. That resulted in government fighting the Vancouver Sun for 19 months, aiming to prevent public release of printed material that had been prepared at public expense for public release.

Despite Liberals paying Premier Campbell assistant Allan Seckel over $860,000 and helper Martyn Brown more than $650,000 in the year ended March 2011, no highly rewarded numbskull considered that mailing a province wide promotion of HST might violate the Recall and Initiative Act while a supervised anti-HST effort was underway. Having an early draft of the pamphlet rejected as inappropriate by Elections BC was not enough. These dopes continued, rewriting then printing 1.6 million worthless copies. Then they worked for almost two years to hide their own sheer stupidity from public view.

Despite long experience, I’m still astounded by the hypocrisy and reckless extravagance of BC LIberals. Dishonest self-promotion goes on today in their campaign claiming a jobs strategy is first priority. Unfortunately, they don’t explain the jobs they are worried about their own and those of their friends. Clearly, Liberals under Campbell and Clark believe they can say anything while doing things completely different.

IRONY – the use of words to convey a meaning that is the opposite of its literal meaning. 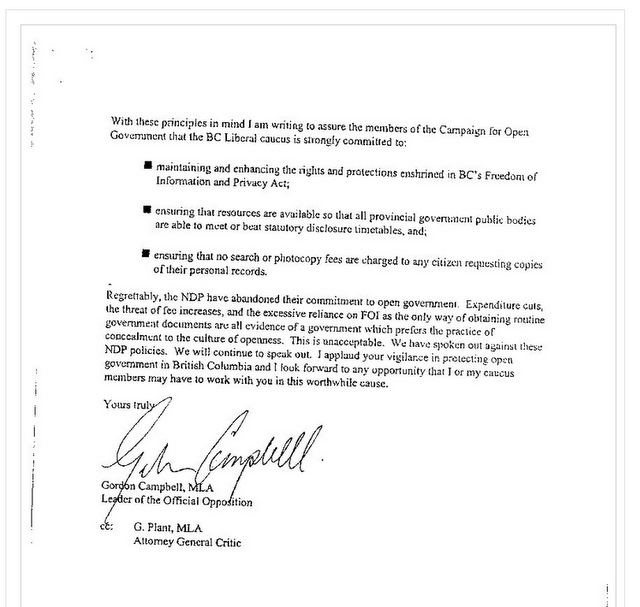 Read the rest at The Common Sense Canadian.   Thank you Rafe!