To understand the RCMP: Re-sergeance.net 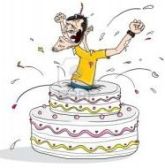 Out of the Cake: A response to the Commissioner, Dr. Mike Webster, R. Psych.

Let me begin by quoting David A. Brown, QC Chair of the Task Force on Governance and Cultural Change in the RCMP; you know, one of those “cake dwellers”. In the Task Force’s report of June 2007 (not much has changed since then) Mr. Brown wrote:

“During our consultation and analysis, serious problems affecting the RCMP were brought to the attention of the Task Force. Of these, the issues demanding the most urgent attention related to the impossible demands being placed on members and employees; demands that are compromising their health and safety…”