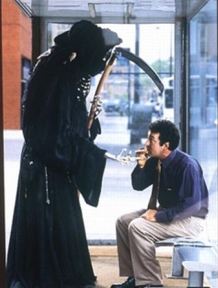 BC Investment Management Corporation may come to regret its rush to invest in big tobacco firms. After adding shares in eight of nine tobacco stocks in fiscal 2012, bcIMC had $237 million more invested in cigarette manufacturers. I can`t determine if they are still buying but eight of the nine companies in the portfolio have been less than smoking hot. Each of those lost per share value or stayed flat in the first six months of the current fiscal year. Those results may soon worsen.

Tobacco companies ordered to admit they lied over smoking danger, Reuters in Washington via The Guardian, November 28, 2012

“Major tobacco companies who spent decades denying they lied to the US public about the dangers of cigarettes must spend their own money on a public advertising campaign saying they did lie, a federal judge ruled on Tuesday.

“The ruling sets out what might be the harshest sanction to come out of a historic case that the Justice Department brought in 1999 accusing the tobacco companies of racketeering.

“US District judge Gladys Kessler wrote that the new advertising campaign would be an appropriate counterweight to the companies’ “past deception” dating to at least 1964.