Not told by Canada’s corporate media

“With all the recent news stories — as well as alarm raised by other leaders — about the fiscal and economic impact and record of NDP governments, I decided to take a look at and review the fiscal record of all federal and provincial governments in Canada for the past three decades.

“These results may be surprising to some: they show that NDP governments have the best fiscal record of all political parties that have formed federal or provincial government in Canada.

“Of the 52 years the NDP has formed governments in Canada since 1980, they’ve run balanced budgets for exactly half of those years and deficits the other half. This is a better record than both the Conservatives (balanced budgets 37% of years in government) and the Liberals (only 27%), as well as both Social Credit and PQ governments…” 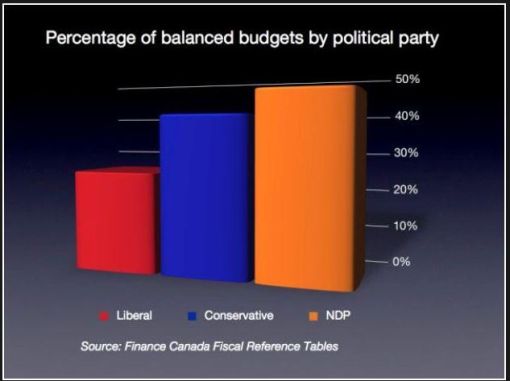