A million here, a million there…

North Van’s Grumps at Blog Borg Collective scours provincial files, searching for meaningful data chunks. Usually, he finds indicators of underlying stories that are worthy of attention but, paying attention is never a simple task. These are generally situations where the government has come out on the losing end of a court case. Total costs to taxpayers will be substantially higher because noted payments only represent a portion of government’s costs in disputes.

The clear indication from these reports is that Christy Clark’s government relies on non-strategic decision making, with little analysis and even less public consultation and debate. Ad hockery produces unsound decisions, some of which lead to lawsuits that cost taxpayers millions.

Sadly, those are the decision making skills at play in the province’s LNG negotiations. 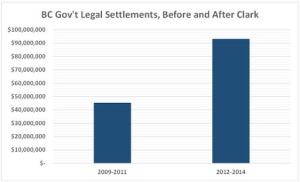 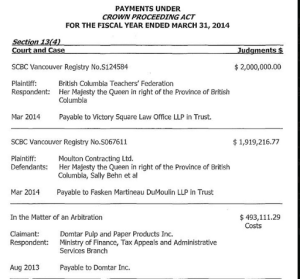 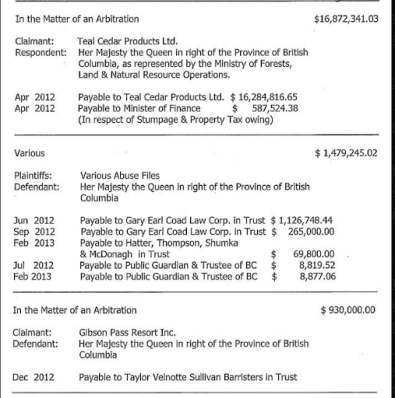 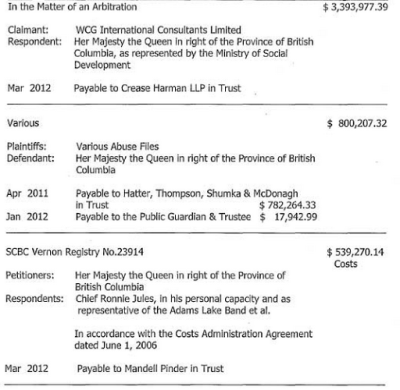 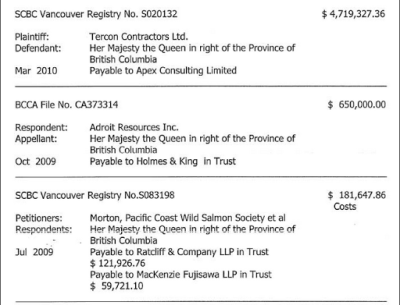