I published the following piece about two years ago. It came to mind after I noticed Black Press writer Tom Fletcher claiming on Twitter that the Shawnigan toxic waste dump on a hill, above a watershed, in a rainforest, is A-OK; that reporting observations of uncontained runoffs is mere political rhetoric and that contaminated soils dumped above Shawnigan Lake may not actually be contaminated.

Note the last few paragraphs in this article because it explains why some promedia scribblers are quick to serve vested interests and dump on people not eagerly doing the same. Purported journalists in the dying news industry have limited choices to stay employed and being in favour with government and industry is the best way of keeping alternatives at hand and avoiding unwanted retirement. It’s called paving an exit road. 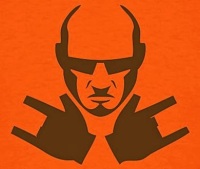 Reading through Diane Francis’ 1988 book Contrapreneurs, from which the title of this piece is taken, I noted repeated mentions of a person who was, for more than a decade, indisputable bête noir of white-collar con artists in British Columbia and beyond. Former Vancouver trader Adrian du Plessis had developed qualities, says Francis, that separated him from Vancouver Stock Exchange colleagues: honesty and courage. Refusal to facilitate improper stock manipulation and a decision to blow the whistle got him fired from the investment industry. It also led him into working more than a decade as an investigative researcher and independent analyst of stock frauds.

In days before the 1999 creation of Canadian Venture Exchange (now TSX Venture Exchange), even people putting money into the Vancouver market knew it was a place of dirty stock deals, operated primarily for the benefit of member-owners. Respected Sun business writer David Baines wrote that BC’s regulatory system in those days had much more bark than bite. Baines could have added that the most most heard sound around the VSE was not a bark, it was “Baaaaaa” from newly shorn investors.

Adrian du Plessis took on difficult foes when he struggled to hold investment companies accountable for frauds engineered or tolerated. This was not David vs. Goliath, it was David vs. a platoon of Goliaths, many who moved in circles of the province’s most powerful. When the whistleblower turned full time muckraker, his opportunities for expression were limited. The internet was in its infancy; major journals such as Newsweek considered it a near useless “wasteland of unfiltered data.”

Newspapers, then as now, cared more for their own financial interests than for ambiguous public interests. Many investor journals and newsletters were operated by outright shills, paid to promote deals of questionable value. They aimed to be cheerleaders, not critics of the markets. Stockwatch, a reputable service operated by John Woods, employed du Plessis for a period of time but was pressured by the investment community to end the relationship. Threats of violence, even death, were aimed at the man.

Probably the riskiest campaign waged by du Plessis was one involving a man the BBC called the Billion Dollar Don. Semion Mogilevich has also been called boss of bosses of Russian organized crime syndicates and, about the time that du Plessis interfered with his operations, Mogilevich was described in American press as the most dangerous mobster in the World.

Panorama, a British current affairs program, reported on YBM Magnex, whose shares soared from pennies when launched on Canadian stock markets to over $20 in just two years.

What I was able to determine about YBM from the documents was that Semion Mogilevich
was an original founder and a controlling interest and in a sense, the brains or the eminence grise behind the construction of YBM Magnex…

MANGOLD:
Once Du Plessis had burrowed deep into the paperwork, the true pattern of YBM’s dealings became clear.

DU PLESSIS:
YBM was a mix of reality and fantasy, illusion, a sham that at its core had some businesses but was also engaged in a range of things that were entirely fictitious and in other ways very dangerous and illicit.

MANGOLD:
After Du Plessis published his findings the FBI raided the firm’s HQ, the company soon collapsed and went into receivership.

DU PLESSIS:
In early l998, YBM was valued at almost a billion dollars Canadian. That paper is all
worthless now. The bottom line is the public lost tens of millions, maybe hundreds of
millions, in YBM.

Not surprisingly, after YBM, du Plessis ended his role as public protector. His work had been admired internationally and he helped expose a gigantic fraud that involved important players in Canada, including a former Premier of Ontario. Yet, his concern for victims of a corrupt financial system made certain he was anathema to those who reported on or benefited from that same system.

By now, readers may be wondering if there is a current day point to this history lesson. Well, of course there is.

I would like you to remember that at times, communicators outside the corporate media are vital to revealing truth. Newspaper publisher Postmedia, operating at a loss and heavily indebted, will not spend money to examine the markets in which its American owners gain power and rewards. Governments that prefer to believe businesses should regulate themselves will never dedicate sufficient resources to materially disturb their friends and sponsors. Think tanks and, increasingly, the academic world depend on powerful financial interests to enable their activities. As taxpayer supports decline, commercial interests become paramount. Fewer voices speak on behalf of the public.

According to journalism professor Robert McChesney, by 2010, PR agents in the USA had come to outnumber professional journalists by a ratio of four to one. One of the PR conglomerates, WPP Group, based in London, employs about 160,000 people worldwide. Former Vancouver Sun legislature reporter Jonathan Fowlie recently joined Hill + Knowlton Strategies, a unit of WPP. Perhaps even more significantly, H&K works for Enbridge and numerous corporations very interested in favourable treatment in media.

Newspaper writers and editors, faced with continuous downsizing, understandably keep eyes on alternative employment. Canadian radio and television outside of Ontario is largely devoid of journalistic capability and, more importantly, opportunity. These conditions can result in paving of exit roads, which means making friends and establishing relationships that might be helpful in the future. Favours given today are favours returned tomorrow.

These facts are not ones that all people employed in corporate media care to acknowledge. Claiming to hold the legitimate wisdom, they do not appreciate criticism in any form. Instead, some hope to strengthen their current situations by casting aspersions on members of alternative media who add points of view to public debate. Always, the pro media’s denunciations are not specific but the generalized pejoratives are repeated.

When you consider points of view, consider whose interests are being served.