By Norm Farrell on February 5, 2016 • ( 11 Comments )
Statistics Canada reports that 27,200 fewer people were employed in British Columbia in January, compared to the month earlier. A single period is an unreliable indicator but StatsCan provides decades of data for analysis; data that proves Christy Clark’s government has the weakest record of job creation in the last 40 years.

This is a fact worth remembering when think tanks working for the uber-wealthy, resource companies and other foreign-owned corporations underwrite “citizen groups” to convince voters to keep their proxy government in place come the election campaign that is now a year away.

The numbers reveal significant weakness in job creation for people in the age groups that should form the backbone of the working force: adults of an age when people are most likely to be raising families. There is not a missing data point; during Clark’s tenure as Premier, this age category has essentially averaged no new jobs.

By the way, under Christy Clark, the number of people 70 years and older has increased 225%, a rate more than 50 times the increase shown above for ages 25-54.

The following chart shows one reason that younger people have fewer employment opportunities. It also demonstrates that many Canadians believe they cannot afford to retire. 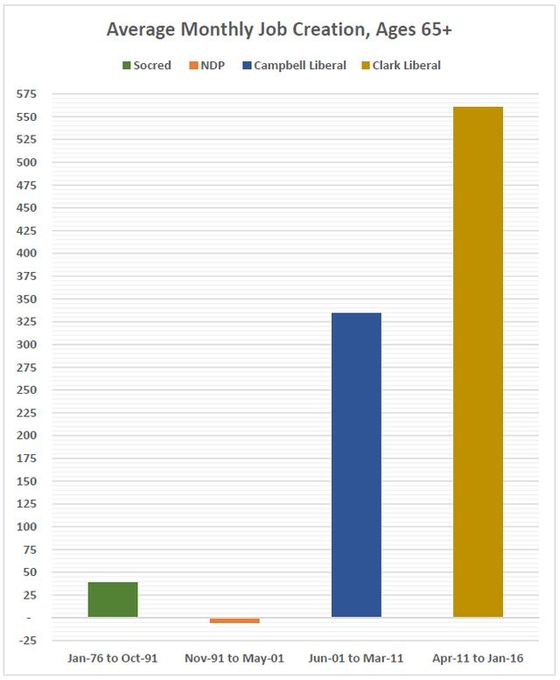 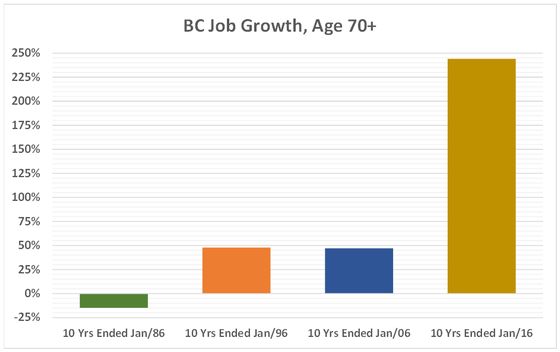