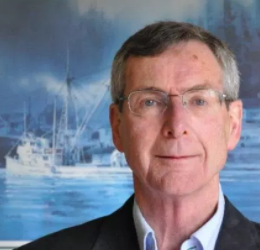 Another contribution from Richard McCandless, a former senior civil servant in British Columbia and a knowledgeable analyst who comments regularly on public affairs at BC Policy Perspectives. (Republished here with permission.)

On Thursday the Liberal party promised to spend hundreds of millions on new and expanded programs, signaling the abandonment of what many had believed was its core principle of prudently managing the public’s finances. The Premier justified the opening of the fiscal floodgates by claiming that the recent surge in government revenue was not windfalls resulting from a speculation-driven housing price boom and low interest rate driven construction activity. The government, she claimed, had a structural surplus.

We were assured that this cynical ploy to recapture voter favour demonstrates that the Liberals leadership was listening, and would – without reference to, or adoption by, the general party membership – fundamentally change course.

What Thursday’s strange spectacle really exposed was the Liberal leadership’s only core value, the attainment and retention of power by any means available.

Many commentators and others were shocked by the seemingly abrupt change in direction. But for those who have been observing how in recent years this government has manipulated the finances of BC Hydro and ICBC in attempting to enhance its political objective, Thursday’s announcement was part of this pattern. It was not a change in direction; rather it clearly exposed the Liberal leadership’s lack of any core set of principles and philosophy of public administration.

One can only hope that the new NDP government, supported by the Green party, will quickly work to restore the public’s faith in the ability of government to be a force for promoting the public good. The NDP must improve the public’s understanding and trust in government. The new administration has the opportunity to set the ethical standard much higher than the low level where the Liberals felt most comfortable.

Notably absent from the long list of new spending was any relief for BC Hydro ratepayers or ICBC policyholders. The prudent course would have seen some of the windfall surplus used to pay down a portion of the high debt at BC Hydro, and to help rebuild ICBC’s policyholders’ capital reserve. Apparently, the Liberals did not want to bring attention to their management of the two Crowns, and the difficult task of restoring the finances of these vital public corporations will be left to the NDP to tackle.

In this context, the NDP has promised to immediately review the Site C project. There has been much comment and speculation about the financial viability of the new dam. Most of the discussion relates to the accuracy of the capital cost estimate, and when (or whether) the new power will be required for domestic use.

A capital investment approach seeks to evaluate projects in terms of the ultimate return on investment. What has been missing is a clear estimate as to the impact of the project on BC Hydro’s operating budget (and its rates), both in the short-term, and for decades to come.

Occasional Paper No. 33 is my high-level speculative attempt to quantify the operating cost and rate implications of a decision to proceed or to cancel (suspend) the project. My key assumptions will be clarified once many of the current unknowns are fixed and costed. The funding options are presented in the hope that they might assist to focus the current public discussion.

The introduction follows but Richard’s entire paper, including links can be downloaded:

This paper reviews estimated preliminary costs of either proceeding or suspending the Site C project, and provides some financing options. The government has a difficult decision to make regarding the go/no go status, and little time to make that decision, as an extended delay will add significantly to the ultimate cost of a cancel/suspend decision.

But the decision on the future of Site C must be made in the broader context of restoring BC Hydro’s finances to a healthy condition. Essentially, the choice of a mechanism to fund the cost of the decision on Site C should not preempt what fiscal capacity remains at BC Hydro to moderate the growth in debt, improve the solvency of the pension fund, and reduce BC Hydro’s reliance on dubious regulatory/deferral accounts to inflate its net income.

Using generally accepted accounting principles (GAAP) for the private sector, BC Hydro would have become insolvent sometime in 2013. Its balance sheet liabilities would have exceeded its assets, resulting in negative shareholder equity.

BC Hydro, however, has used the regulatory (or deferral) accounting rules to convert some of its liabilities into assets, thereby inflating equity. All regulated power utilities use regulatory accounting to help smooth significant annual fluctuations in costs, thereby keeping changes in the rates charged to customers more stable and predictable.

Since the 2008/09 recession, the provincial government has abused the accounting opportunities made available by regulatory accounting to artificially increase BC Hydro’s net income, and allow dividends to be paid. It also allowed the corporation to seriously underfund its pension obligations to inflate the equity.1 By year-end 2015/16, the net balance in the regulatory accounts ($5.9 billion) represented some 131% of BC Hydro’s recorded equity ($4.5 billion)

The Liberal government hollowed out of the finances of our public power corporation by reducing the role of the formerly independent regulator, the BC Utilities Commission, to that of an agent of the government. Detailed prescriptive cabinet orders expanded the number and scope of the deferral accounts and, since the 10-year plan of 2014, have even required BC Hydro to record unapproved and unbilled revenue to suppress rate increases and still produce record profits.

These practices (including paying dividends from borrowed funds) have increased BC Hydro’s debt to the point that Moody’s is warning that this trend may threaten the province’s credit rating.

The government’s reckless decision to proceed with the $8.8 billion Site C dam project, without a proven medium term domestic need for the additional power, will seriously weaken BC Hydro’s already poor financial outlook.

Possible options to finance the dam must not preclude the fiscal capacity of BC Hydro to reform and restore its existing financial situation, within the context of future affordable rate increases…