BC Investment Management Corporation (BCI), the public pension fund manager in this province increased compensation costs by 30% per dollar of funds managed in fiscal year 2017-2018. It already paid extravagant salaries before this latest fiscal year. 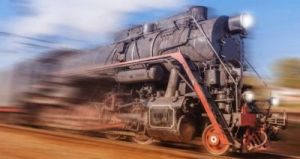 Remuneration of the five highest paid executives increased almost 16% in FY 2018. Remuneration of that group averaged $1.91 million per year, an increase of 184% since 2011. Inflation in the period was 11.5%.

In recent times, benefits provided to retired pensioners have been reduced, supposedly because returns on investments were insufficient to maintain them at prior levels.

Compare to Washington State Investment Board (WSIB), an agency that does similar functions: 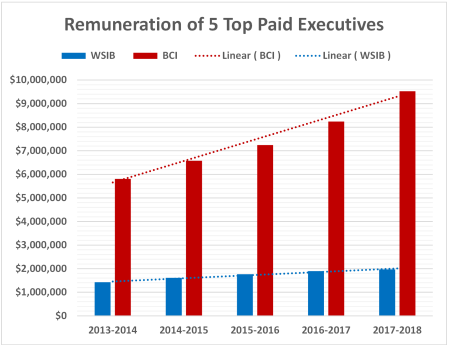 Before you suppose that WSIB is an inferior organization, be aware that it manages C$170 billion in assets and its last reported annualized return was 17%.

Assets under management at BCI were C$145 billion as of March 2018 and the corporation reports its return for the year was 9%.

Unfortunately, salary comparisons continue down the line from the top executives. BCI has more people earning over $1 million annually than WSIB has earning over $320,000. BCI’s total salary costs were $118 million; at WSIB, the total was $12 million.

Examples of the changes in remuneration at BCI: 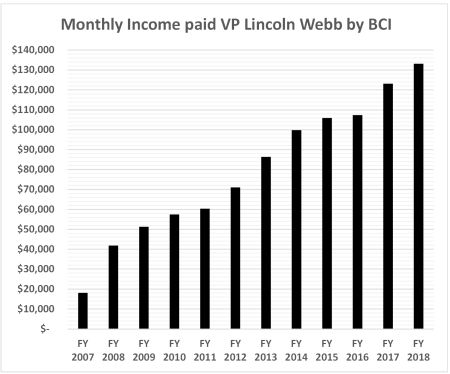