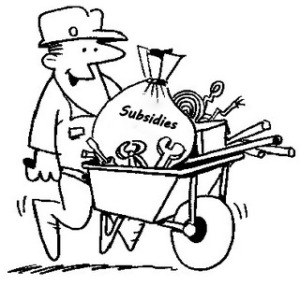 Today, in the 2016 Financial and Economic Review, the BC Government admits that 2016 net royalties from natural gas production were only $139 million. However, in this 112 page report, there is no effort to disclose the whole story.

Not a single mention of the $1.95 billion unrecorded liability for future royalty reductions revealed in footnotes of the province’s audited financial statements. No indication that production credits have returned $7 billion – 64% of royalties payable – to the gas companies since 2007.

If there were even a hint of honesty within the Finance Ministry, they would have explained the impact and purpose of royalty reductions. Originally, these were to encourage drilling of marginal properties but, under Premier Clark, the program evolved into a scheme of generous subsidies where almost every production activity claimed to be dubitable.

Although almost $2 billion in credits is owed to producers, Government refuses to record the amount on the books. Doing so would destroy the budget surpluses they’ve claimed as badges of competence.

Anyone remember the pre-election promise of a debt-free BC loaded with cash for expanded social programs?

To calculate net, net royalties, I’ve deducted the increase in credits owing in each year from the royalty income reported by the province. 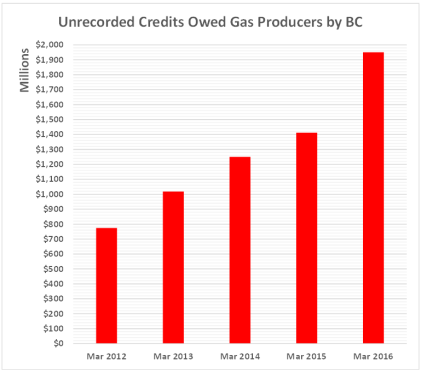