Postmedia’s Michael Smyth came to Gordon Wilson’s defense after the LNG advocate was relieved of vague but costly responsibilities for gas industry promotion. But, did the political commentator make even a small effort to examine BC Liberal ambitions for this “generational opportunity”?

Given Postmedia’s partnership with the Canadian Association of Petroleum Producers (CAPP), perhaps Smyth has a mandate to shield everyone who assists the flow of subsidies worth billions to fossil fuel producers. At Postmedia, skepticism about the suitability of expanding fossil fuel interests may not be allowed.

I published the article that follows more than three years ago and I’ve been certain even longer that BC’s LNG prospects were less than dim. Anyone who had done similar research would be wondering why taxpayers wasted millions on projects doomed to fail.

That is the reality Michael Smyth should have been writing about. 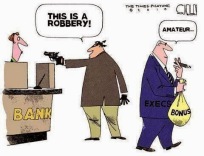 Premier Christy Clark’s Liberal government says the development of liquefied natural gas in northern British Columbia represents a generational opportunity that has the potential to wipe out the provincial debt and eliminate the need to pay sales taxes.

The government’s throne speech delivered Tuesday — less than three months before the start of an election campaign — said LNG export possibilities represent a possible $1 trillion boost to B.C.’s gross domestic product over the next 30 years.

Clark announced in the throne speech a new B.C. Prosperity Fund that could accumulate between $100 billion and $260 billion in revenues from LNG royalties and business taxes, enough to wipe out the province’s current debt of $56 billion by 2028…”

Since the government’s Budget and Fiscal Plan 2014/15 – 2016/17 predicts natural gas royalties about equivalent to unrecorded liabilities now owed producers, Premier Photo Op’s promise of wiping out provincial debt by 2028 depends on net royalties earned in fiscal years after 2017. Since Government projects provincial debt will grow to $69 billion by 2017, that will require a contribution of $6.3 billion a year from net natural gas royalties, which is about $6.2 billion more than BC has been averaging recently.

To accumulate revenues between $100 billion and $260 billion by 2043, the last half of Clark’s 30 year vision will have to produce between $3B and $17B annually. Anyone out there believe Clark’s government is serious about their numbers? Were they serious when they spoke of those dreams? Of course not.

However, what they are serious about is moving into private hands billions of dollars worth of public assets, with portions drifting into the hands of friendly insiders. That means, at least,

Multinational LNG operators want BC taxpayers to subsidize and assume commercial risks. It is a profitable strategy and one well practiced. Joseph Stiglitz, American Nobel Laureate, former chief economist for the World Bank and current Columbia economics professor says economic policies of governments are designed to transfer wealth from taxpayers to financial oligarchs. He said:

Without taxpayers taking on financial and environmental risks, BC’s LNG industry will be nothing more than a modest demonstration project created to further BC Liberal election prospects in 2017. The world’s business press reports:

International Business Times: “Russia plans to build a gas pipeline and accompanying railroad from its offshore Sakhalin Island fields, north of Japan, through North Korea to South Korea.” Korea, India And Japan, Not Just China, Are Looking To Russia For Energy

Washington Post: “Russia now aims to pipe 38 billion cubic meters worth of gas to China annually. ‘This is the biggest contract in the history of the gas sector of the former USSR,’ trumpeted Russian President Vladimir Putin, who was on a visit to China this week.” What the epic China-Russia natural gas deal looks like

Wall Street Daily: [Sinopec] “is putting its first commercial shale gas field into production much sooner than expected… That should mean China will hit its target of 6.5 bcm of shale gas production by 2015. This is a target that western energy analysts had said was unrealistic, but now it’s within sight…”, China’s Long March to Shale Gas Development

Financial Times: “Chinese oil company Sinopec will put its first shale gasfield into commercial operation sooner than expected, aiming for annual production of 10bn cubic meters by 2017 as the country seeks to reduce its reliance on imported oil and gas….” Sinopec speeds up shale gas development

Reuters: “China may boast the world’s largest potential reserves of shale gas but is likely to lose to Australia in the race to be second behind the United States in bringing significant production on line…” Australia, not China, the next great shale gas hope