BC Hydro’s sales of electricity to residents and businesses have been flat since 2005, despite population growth of 15% in BC and minimal effort by the provincial utility  to reduce consumption. BC Hydro hides the fact by including sales outside the province in the once insignificant “Other” category and counting these as domestic sales. 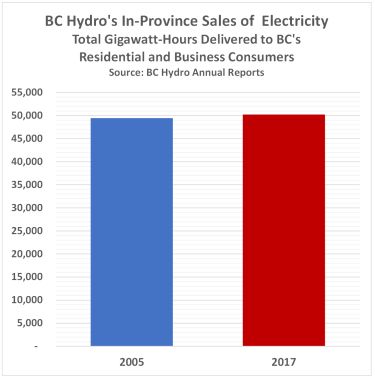 Despite no growth in demand by its BC consumers and reductions in internally produced power, BC Hydro has been adding assets and incurring term debt at unprecedented rates. 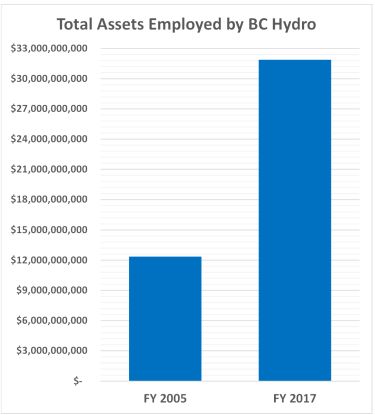 Between 2005 and 2017, BC Hydro increased its internal hydro generating capacity by 16% but got less power from each megawatt of installed capacity. 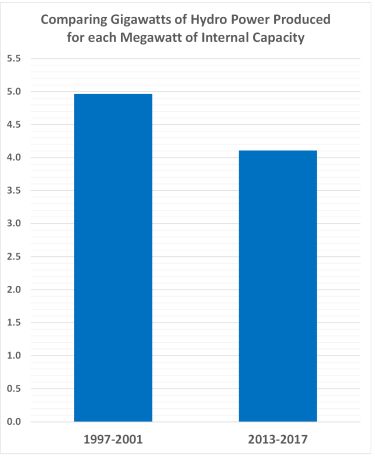 With large sums paid for updated and improved generating equipment, this suggests internal power production was reduced by management choice. The most obvious explanations include:

Despite flat demand, BC Hydro has been steadily increasing its purchases from independent power producers (IPPs). These secret contracts seem to be take-or-pay because purchases have been rising while no need for additional power is apparent. 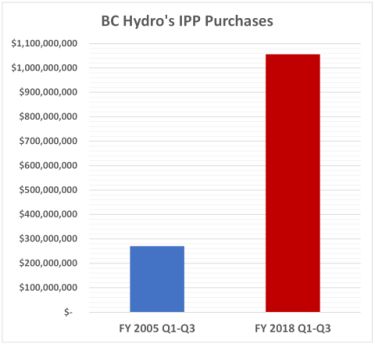 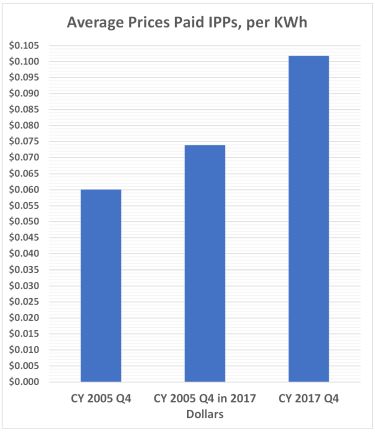 The Canadian Entitlement to electricity under the Columbia River treaty — 1,320 MW capacity vs 1,100 MW at Site  C (+20%) — could be returned to British Columbia but the province chooses to sell it in the USA for about 2.6¢ per KWh, which is about one-quarter of the average rate paid to IPPs.

You thought BC might bring back Canadian Entitlement to Columbia River Treaty power that it sells in the USA for 2.6¢/KWh instead of paying IPPs 10¢/KWh, then draw the connections. #bcpoli #bchydro #SiteChttps://t.co/7UnDT6Xvcn @GeorgeHeyman @michellemungall @jjhorgan pic.twitter.com/pvVuNB1TcY