Outside noise and the jetsetter toff 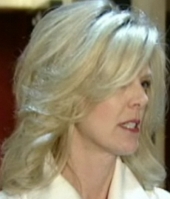 No person should be surprised when Community Living British Columbia next puts its large insensitive foot into another sticky situation. Friday, after the CLBC tossed CEO Rick Mowles, Board Chair Denise Turner said about the firing,

There’s no connection at all between ‘outside noise‘ and our decision.

Hope Taylor, mother of a CLBC client, took great offence to that characterization:

CLBC is here to serve us, the families and the self-advocates. We are not outside noise.

Turner’s statement demonstrates her lack of respect for the dignity of citizens served by CLBC. Then, what else should we expect from a super-rich socialite who spends more each month on Mr. Reg, her hair stylist, than some agency clients receive in benefits. CLBC is mostly a plaything while Turner pursues other business activities. One company she and T. Richard Turner share an interest in is TitanStar Properties Inc (formerly DPVC Inc.) According to its information, the corporation’s aim is to create a portfolio of real estate assets in the United States and to:

Use the combined contact base of the partners to purchase “stressed” assets from banks, private lenders and brokers prior to these assets being offered at auction or generally to the public.

T. Richard Turner, readers might recall, was the major BC Liberal donor involved with the Paragon Gaming proposal that was a fundamental part of early BC Liberal plans for a renovated BC Place. It too was one of those deals not “offered at auction or generally to the public.” Political blogger Ian Reid gave the real story:

“It’s also a proposal that resembles BC Rail in more ways than you can count – a deal constructed in the backrooms that benefits a major Liberal Party funder using a process that appears to have been fixed from the get go.”

Reid points out that Mr. Turner did not register as an appointee to the Lottery Corp. board as required and his interest in Paragon was kept secret for a year and a half after it was acquired:

Between 2003 and 2005 T. Richard Turner held an undisclosed interest in Paragon Gaming’s Canadian Arm. Sometime in 2005 Paragon decided to make a bid for the financially troubled Edgewater Casino. As a casino operator, Edgewater would have been obligated to provide the Lottery Corporation with its financial information from it’s inception in 2004. Turner, as Corporation chair, would have had access to at least some of that information.

It’s a classic material conflict of interest. In Ontario it’s illegal – Lottery Board appointees are specifically prohibited from such conflicts. In BC that pattern gets you appointed Chair of ICBC after you resign as Chair of BC Lottery Corporation in December 2005, a month after your company initiates its takeover of Vancouver’s major casino.

There is of course no logical reason for non-elected part-timer Denise Turner to be overseeing an important public function. CLBC exists to shield the Liberal government, adding layers to absorb blame before politicians and departmental managers feel the heat for service failures. It achieves a secondary purpose for the BC Liberal Party by allowing rewards to be channelled from public funds to loyal party supporters, many of whom return part as political contributions.

We’ve looked here at the extraordinary payments made to BC Ferries directors and the BC Hydro board has been a subject of discussion for similar reasons. Throughout this provincial government there are many agencies spreading cash to party supporters under various pretexts. The head spins.

Here is an example of the 2011 report of payments made to CLBC board members. You might note that payments are made for expenses, retainers and meetings.

These were salaries of the six highest paid CLBC executives in 2011: