RCMP should not stand for Secret State Police

The CEO of Tides Canada issued a copy of his recent letter to RCMP Commissioner Paulson. If anyone doubted the once iconic police agency had become servant to rich industrialists and governing politicians, uncertainty was removed by its decision that a mostly foreign-owned industry needed protection from legitimate discussion of public policy by Canadians.

There is an irony involved in the RCMP suggestion that a respected organization staffed and supported by people aiming to preserve the livable space of our nation is allied with extremist criminality. In fact, there are no examples of Tides involvement in unlawful conduct. However, the RCMP has been involved in many crimes, including theft, fraud, arson, assault, homicide and more.

When the Harper Government appointed Paulson, many, including serving members, hoped the new Commissioner would be a change from the misguided and incompetent leaders who preceded him. Instead, he has been an even unprincipled disaster, more loyal to government masters that any colleague. The cop who was supposed to be a master of purpose, principle and process understands little of those elements.

It is worth repeating Ross McMillan’s letter to Commissioner Paulson:

The recently leaked January 2014 RCMP report, “Criminal Threats to the Canadian Petroleum Industry,” incorrectly names Tides Canada as a part of an “anti-Canadian petroleum movement” involving violent extremist and criminal activity. The report also minimizes the threat posed by climate change and questions the link between greenhouse gas emissions and the continued use of fossil fuels. The report is based on patently false and biased information. We have registered our concerns with RCMP Commissioner Paulson in the following letter from Tides Canada President & CEO Ross McMillan.

I am writing to you regarding the recently leaked RCMP report, “Criminal Threats to the Canadian Petroleum Industry,” that named Tides Canada as part of an organized movement that opposes the petroleum industry. I wish to express our grave concern that the RCMP would produce a document asserting that Tides Canada, a respected Canadian charity, is associated with a movement involving violent extremist and criminal activity.

For the record, Tides Canada has not taken a stand against the petroleum industry. Our organization’s overarching position relating to climate and energy issues is that the country needs to transition to a low-carbon future while meeting our commitments to address climate change. We also believe that all voices should be involved in related public policy dialogue.

Tides Canada, in its 15-year history, has earned a reputation for building bridges between and among sectors to address complex environmental and social problems. Our ability to bring together diverse voices to develop durable solutions that support the environmental, social, and economic well-being of Canadians is at the heart of our success as a charity. We have a proven track record of working collaboratively with all stakeholders – including all levels of government – and building consensus on environmental and social issues of importance to Canadians.

The RCMP report leads the reader to a very different, and wholly erroneous, perception of Tides Canada. It uses biased and patently wrong information to make its case. The report’s broad brush and false depiction of Tides Canada as a key player in a nefarious movement is demeaning to your organization and a disservice to Canadians and the truth.

Could you please provide me with an explanation of how the RCMP produced a document with assertions about Tides Canada so biased and false?

I would welcome the opportunity at any time to discuss with the RCMP Tides Canada’s work. 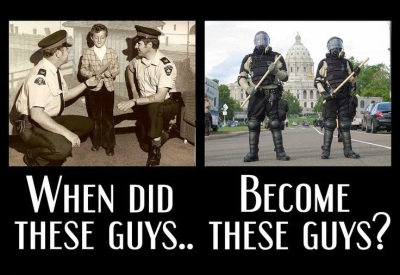